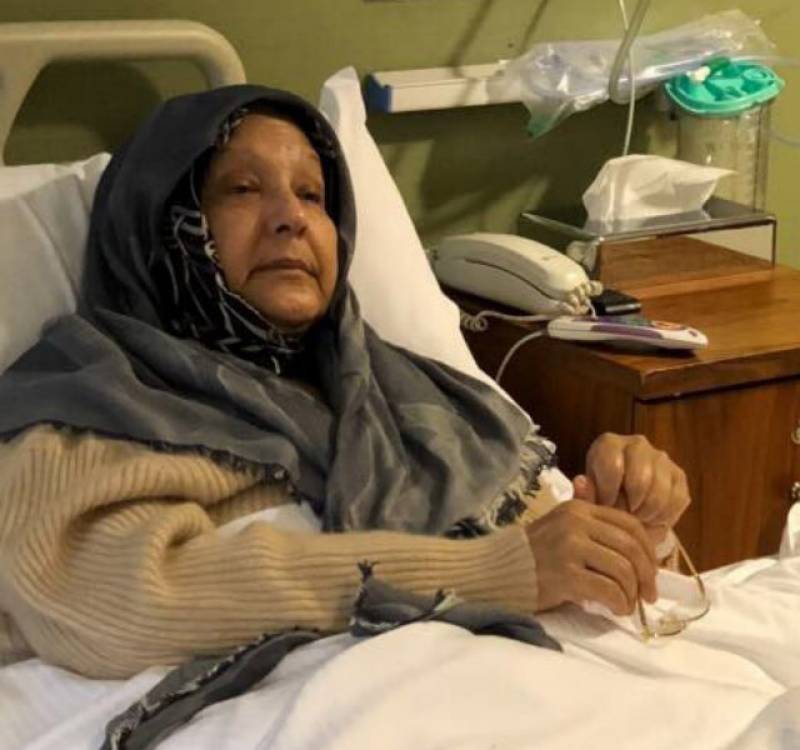 LONDON - Begum Kulsoom Nawaz, the wife of former prime minister Nawaz Sharif, has undergone a successful fifth chemotherapy session in London, her daughter said in a tweet on Monday.

Maryam Nawaz Sharif posted a picture of her mother in hospital on Twitter saying, “Ami in hospital today for her 5th chemotherapy session. May Allah grant her & all mothers salamti & perfect health. Ameen.”

Ami in hospital today for her 5th chemotherapy session. May Allah grant her & all mothers salamti & perfect health. Ameen. pic.twitter.com/BCjL4O7ANl

The former first lady underwent surgery last year in 2017 after she was diagnosed with lymphoma, a cancer of the lymph nodes.

Kulsoom Nawaz had gone to London in summer of 2017 for medical check-ups amid the uproar of Panama Papers ruling. Maryam Nawaz had at the time confirmed the development on Twitter.

The winning contestant of Lahore’s NA-120 has been undergoing multiple surgeries since August and remains in London to continue her treatment.