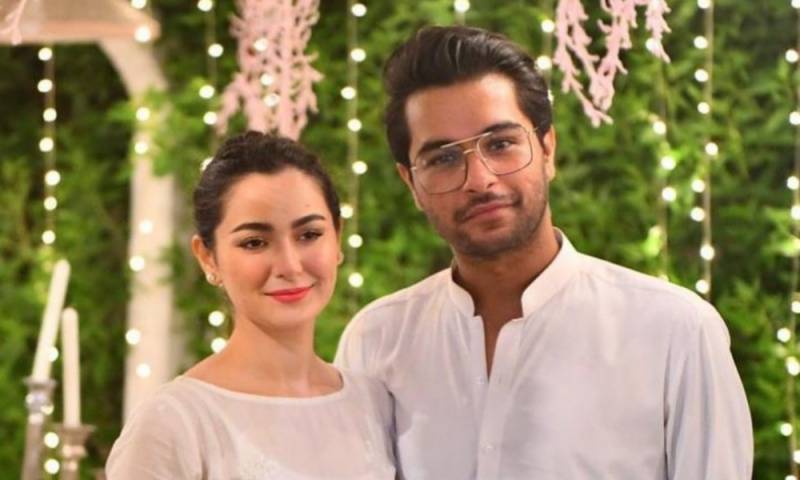 The tussle between ex-celebrity couple Hania Aamir and Asim Azhar have been the talk of the town lately with the fiasco gaining the attention of the whole country.

Amid the ex-couple airing their dirty laundry, an old video has resurfaced where Hania Aamir was spotted in an Instagram live session with her friend Umer Mukhtar.

The duo mentioning singer Asim Azhar's name raised some eyebrows among the masses. In the video, the DilRuba star deliberately highlighted a comment asking “why she left Asim Azhar”.

The keyboard warriors flocked to comment sections as they gave their opinion. People were of the view that it's called karma and she shouldn't have mentioned him unnecessarily. 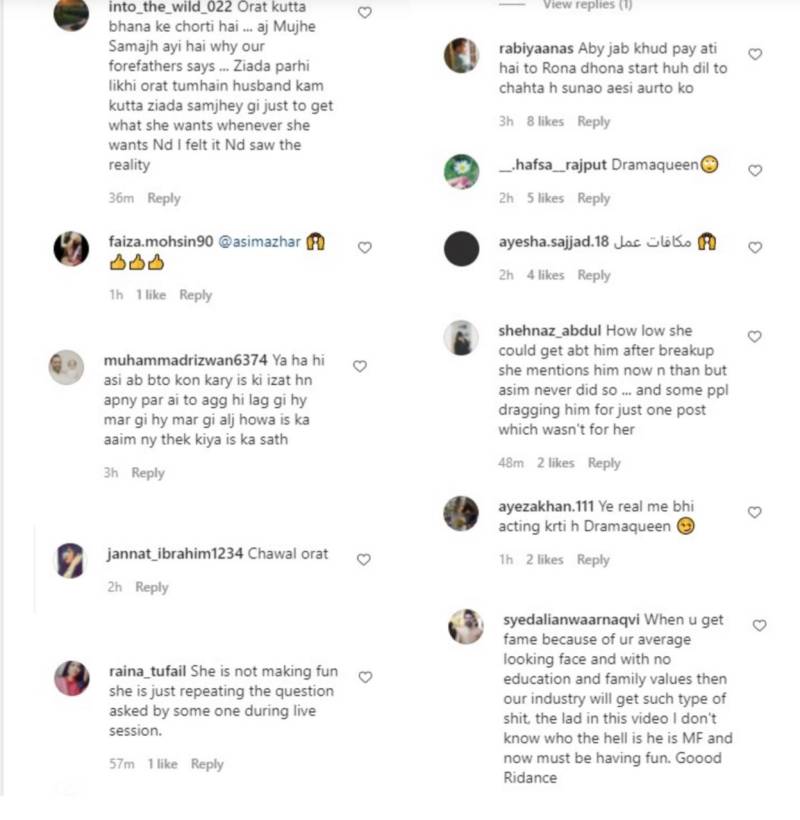 Earlier, the Ghalat Fehmi star dropped a cryptic tweet while indirectly pointing towards Hania’s situation and said 'Alhumulilah' for the narrow escape he had.

After people starting bashing Asim, he came up with a long note in which it was clearly written that from the past one and a half years he has been bullied online. Hania has written captions about him and also pinned the comments mocking Asim Azhar also he was also discussed in her Insta live sessions.

Pakistani sweetheart Hania Aamir has lately been more visible than any other celebrity in Pakistan. As the ...