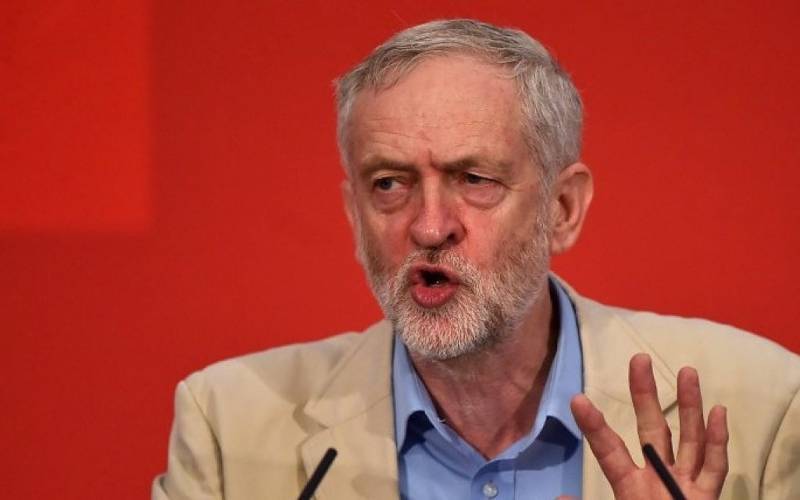 LONDON - The leader of Britain’s main opposition party, Jeremy Corbyn, has come out to throw his weight behind Pakistan urging the world to respect the country.

In an interview to BBC Urdu, Mr Corbyn said it was not the sole responsibility of Pakistan to confront terrorism because the world as a whole needed to beat off the “collective challenge”.

When asked about the harsh policy of US President Donald Trump and allegations of safe havens being provided by Pakistan, the Labour Party's head expressed a different viewpoint.

“Pakistan is a country which should be treated respectfully. It should not be criticised from the outside,” he said.

To a query regarding the efforts required on part of Pakistan to weed out terrorism, the leader maintained that every country should play its role to bring an end to terrorism.

'This [theory] should be applied to every country in the world' he added.

He also opposed Trump's policy to send more troops to war-torn Afghanistan branding it as a failure.

“I don’t even support President Trump’s policy to increase the number of troops in Afghanistan. It reflects their failure. The Afghan crisis can be solved only politically.”

Mr Corbyn also expressed support for Rohingya Muslims and “advised” Myanmar leader Aung San Suu Kyi to respect their “human rights” the same way the world did hers when she was under house arrest.

“I have an advice of respect for her,” said the British parliamentarian.

“When you [Suu Kyi] were under house arrest, we launched a campaign for your release, took out rallies and supported your struggle for human rights. So please be kind and take care of human rights of Rohingya Muslims.”

“And make sure that they are given all due rights, including citizenship of Myanmar. They should not be thrown out of their own homes.”