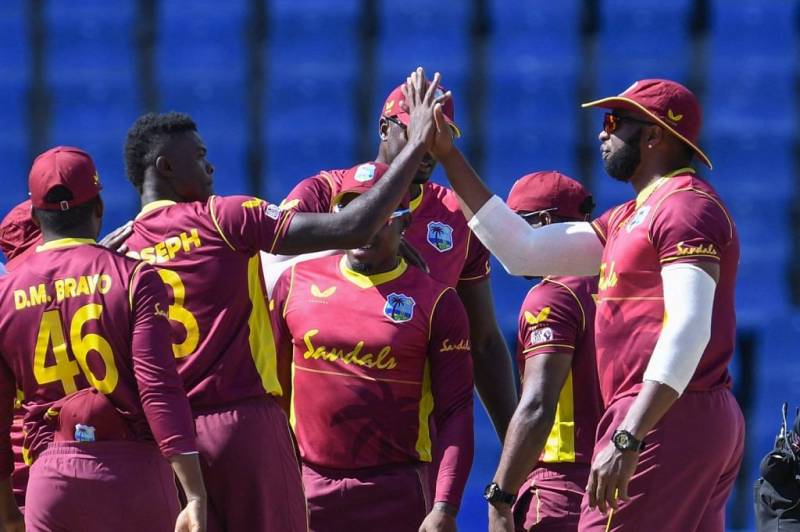 KARACHI – The West Indies team has landed in the seaside metropolis to play the limited-overs series against Men in Green at the National Stadium.

Reports in local media said the Men in Maroon arrived in the provincial capital via Dubai while strict security arrangements were put in place. The visitors will take part in a scheduled practice session tomorrow at National Stadium after one day of quarantine.

Nicholas Pooran will be lead the Windies squad in the T20I series whereas Shai Hope has the responsibility of skipper in the ODI series after Kieron Pollard ruled out of the tour due to a hamstring injury he suffered during the T20 World Cup.

Meanwhile, the two-time former World Champions will play three T20Is and the same number of ODIs at the venue starting from December 13. West Indies have picked several uncapped players in two 15-man squads for the tour of Pakistan.

West Indies will be the first visit by an international side since England and New Zealand pulled out of scheduled tours this year for security reasons.

LAHORE – Pakistan cricket selectors Thursday announced the T20I and ODI squads for the home series against the ...