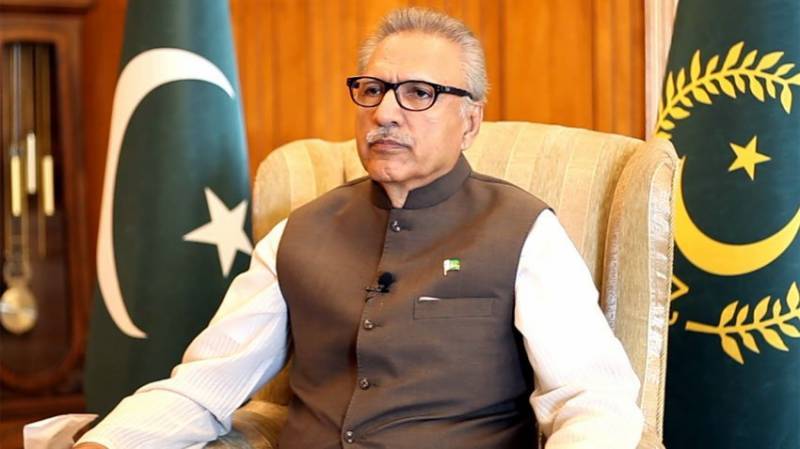 ISLAMABAD – President Dr Arif Alvi has called upon all the politicians to commit themselves to democratic means of negotiations, consultations and deliberations to achieve consensus on issues confronting the nation and reduce political polarisation to achieve financial and economic stability in the country.

Addressing the concluding session of Islamabad Conclave-2022, titled “75 Years of Independence: Achieving Comprehensive National Security”, in Islamabad, the president said that the armed forces were committed to performing their mandated functions as per the constitution.

The president said that in the past the superpowers adopted the doctrine of mutually assured destruction, which diverted resources of the world towards meeting and developing more lethal weapon systems.

Dr Alvi added that even if a fraction of these resources had been diverted towards poverty and hunger then it could have been eliminated as well as the effects of climate change could have been mitigated.

He added that democracy, military defence, information and communication security, and economic independence were essential elements for a comprehensive defence of the country.

He said that the Constitution of Pakistan safeguarded the rights of all citizens equally irrespective of their social status, wealth or influence. He said that justice should be served promptly and cheaply without any discrimination which would help the country to move forward on a fast-track basis.

Dr Alvi stated that Pakistan acquired nuclear deterrence, which provided the country relief and a credible defence system for 20 to 30 years but with the advent of cyber security, the entire defence system paradigm had changed. He went on to say that concrete steps should be taken to protect national assets from cyber security attacks, and that a system should be put in place to counter any future cyber-attacks in the country.

The Director General of ISSI, Ambassador (retd) Aizaz Ahmed Chaudhary, briefed the participants about the issues discussed at the conclave.