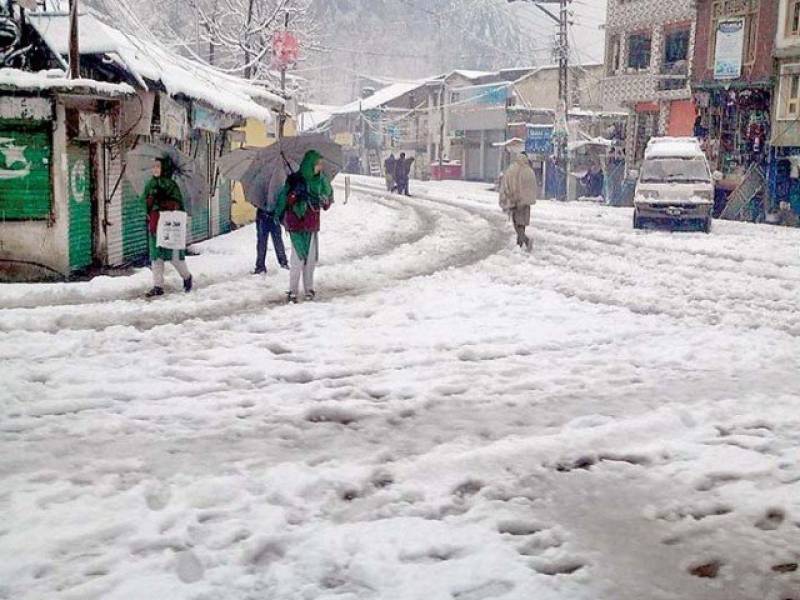 PESHAWAR – At least 12 people were killed and 29 others injured in various incidents triggered by heavy rains across Khyber Pakhutkhwa, official said on Sunday.

The damage to public property was also reported in such incidents,

The Provincial Disaster Management Authority (PDMA) in a statement said that multiple properties were also damaged in the incidents since the rain and snow spell hit the province in December 2021.

It said that ten people were killed in Upper Dir, while one death was reported in Mardan and Lower Kohistan each.

On Saturday, KP Information Department in an update said that six people died and 13 injured over the last 24 hours in various incidents.

The report added that as many as 22 houses were partially damaged due to heavy rains.

The rain-related causalities come as 23 people including children froze to death after being stuck on roads leading to Murree due to heavy snowfall.