Indian man gets 11 Covid shots, claims ‘his joints pain subsided with each dose’

Retired postman gets caught before getting the 12th shot 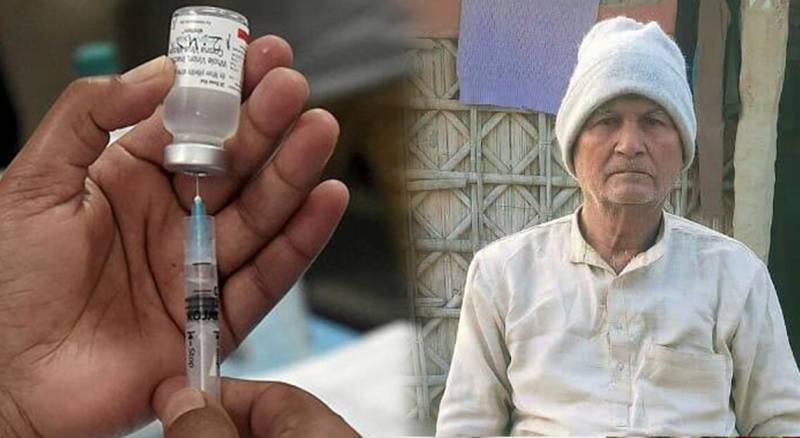 Reports in Indian media said the Brahmadeo Mandal, who hailed from the East Indian state of Bihar, claimed to have inoculated with at least 11 times before getting caught from a primary healthcare center as he went to get the twelfth dose.

The 84-year-old said he received the doses by using different identities and contact numbers of his relatives.

Delving into details about the strange and risky practice, he said “I was barely able to walk before getting my first dose and my health condition improved as I get more jabs”.

He said authorities have made a wonderful thing, revealing his wish to get over-vaccinated. The man took a jab each in March, May, June, July, and August after that.

The former postal department employee then get three shots in September alone using three different identities saying he felt ‘better’ after each jab.

Meanwhile, district officials in the area have ordered a probe into the matter to find how he managed to get so many jabs.

PARIS – As the Omicron variant has become the dominant strain in parts of the world, health experts in France ...

Amid the national vaccination drive, India has been administering two locally-manufactured vaccines, Covishield and Covaxin. The jabs have a gap from 12-16 weeks and four to six weeks after the first dose respectively.

India’s officials aimed to vaccinate 1.3 billion of the country by 31 December last year while official data shows 89.4 percent of the people have received the first dose but only 64.2 percent have received both doses as of 31 December 2021.