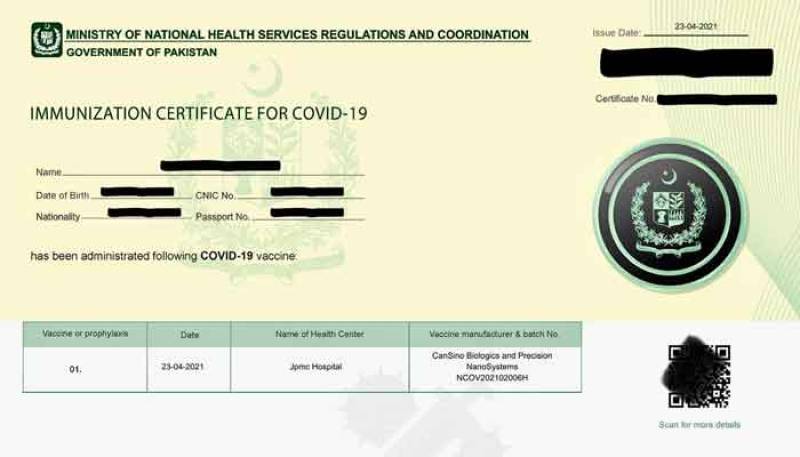 Good news for Pakistanis travelling to the United Kingdom as they can carry Covid-19 certificate issued by the National Database and Registration Authority (NADRA) as a proof of vaccination.

Britain's High Commissioner to Pakistan Christian Turner confirmed the news. Previously, the NADRA-issued vaccination certificate was not acceptable in Britain.

Turner also admitted that the United Kingdom's decision to place Pakistan on the red list was "highly disappointing" because the move had disrupted contact between the citizens of the two countries.

Pakistan was removed from the red list and was placed on the amber list on September 22 along with several other countries.

It should be noted Chinese vaccines are still not recognised in the United Kingdom.

ISLAMABAD – At least 35 people lost their lives due to the third wave of the novel coronavirus infection while ...