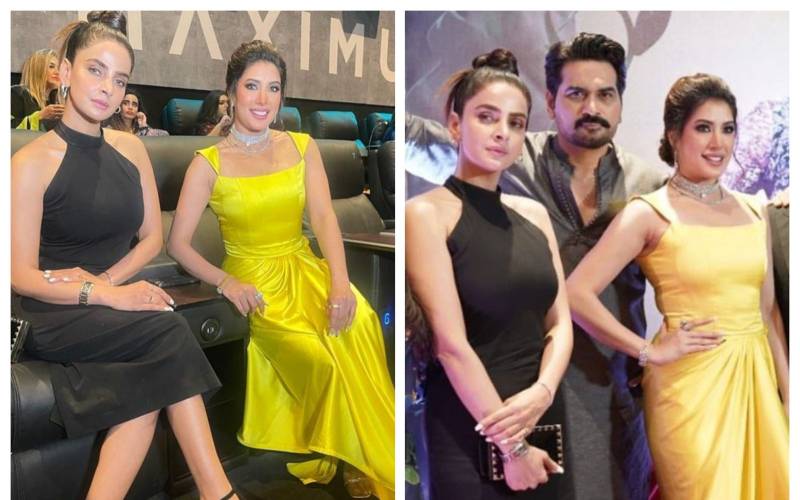 Film London Nahi Jaunga had a star-studded premiere with many showbiz celebrities in attendance. However, Saba Qamar's presence set social media abuzz as she came out in support of her bestie Mehwish Hayat, who was spotted earlier at Kamli's premiere.

Taking to social media, the Baaghi actress posted an Instagram story where she praised the film and the brilliant performances of all the actors. She also promised to watch the film again on Eid.

"The songs, the direction, the acting everything is on point - you guys should book your tickets right now and watch London Nahi Jaunga this eid give yourself a treat !", the Cheekh actor gushed.

"So so proud of all of you for making such a masterpiece !! Acting is so on point, the dances, the wardrobe it's just 10/10 I'm going to watch it again on eid", the 38-year-old wrote. 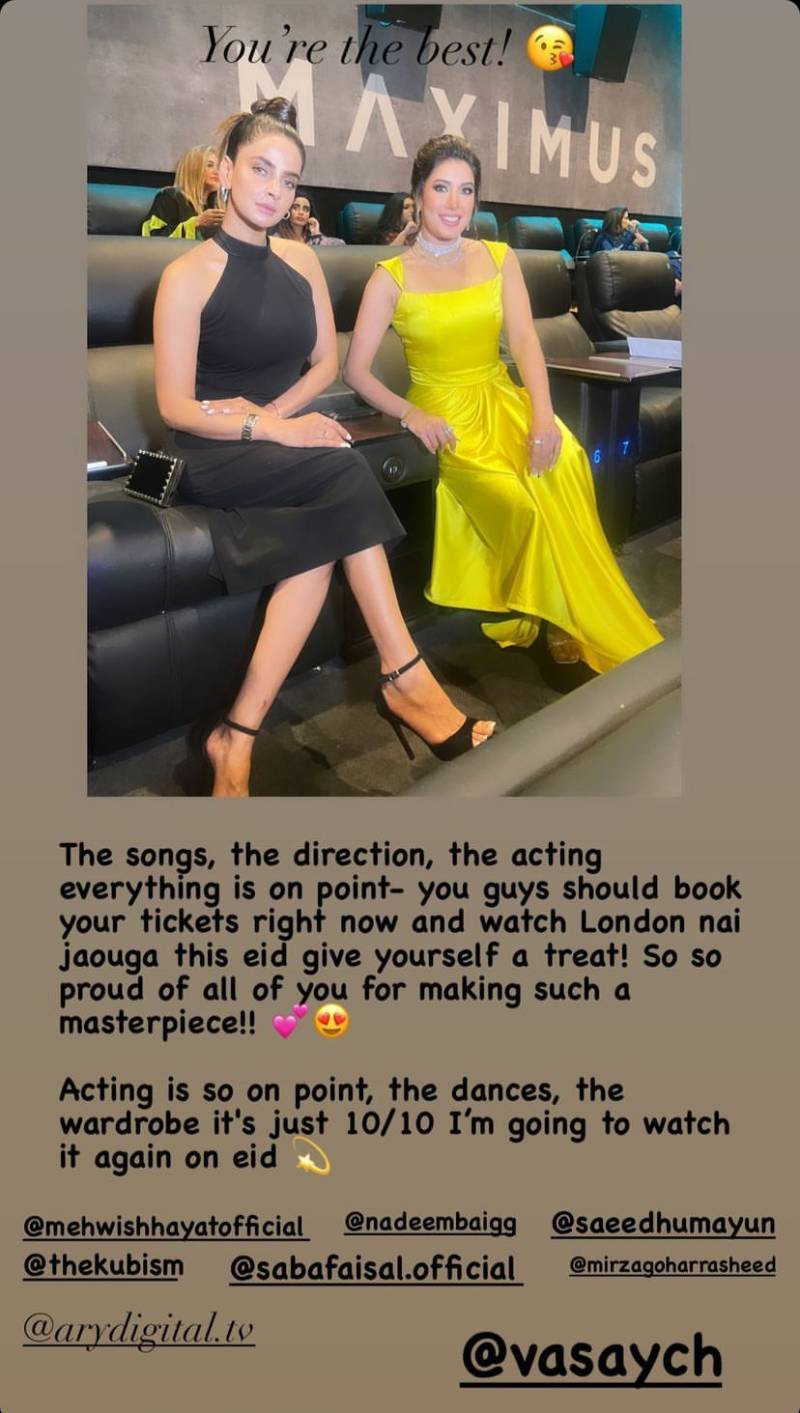 Dressed to the nines, Saba looked stunning as she graced the event with her black sleeveless gown and beautiful glammed-up look.

Written by Khalilur Rehman Qamar (Punjab Nahi Jaungi), the film is slated to release this Eidul Adha and fans hope for a solid dose of action, romance and drama.

KARACHI – The much-anticipated Lollywood film London Nahi Jaunga has been released in European and Gulf countries ...