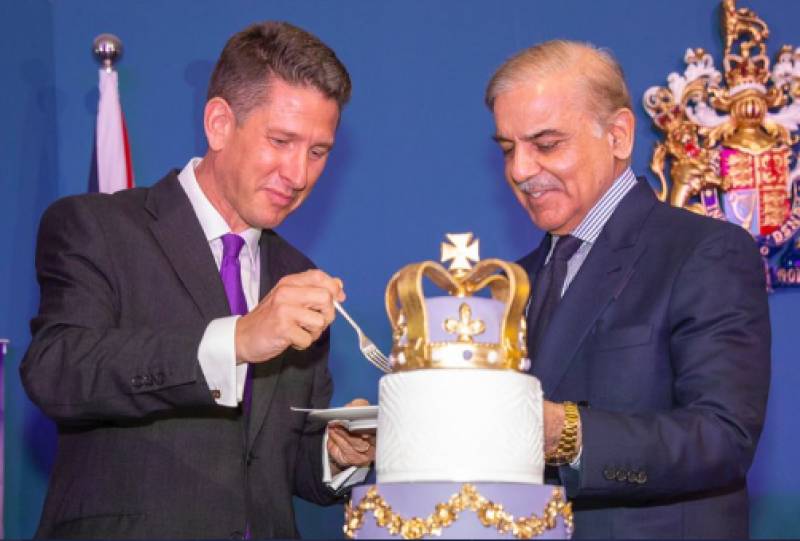 He expressed these views while speaking at the 75th Coronation Ceremony of Queen Elizabeth at British High Commission in Islamabad. He referred to his recent telephonic conversation with British Prime Minister Boris Johnson and said, we are expecting a trade delegation from UK very soon, reported Radio Pakistan.

Shehbaz Sharif extended warm felicitations to UK on behalf of the government and people of Pakistan over the 75th Coronation of Her Majesty Queen Elizabeth and wished the Queen a happy, healthy and long life.

The prime minister said his government will support the High Commission to translate friendly relationship into strong trade and investment ties, which is call of the day.

Thank you Prime Minister @CMShehbaz for honouring Her Majesty and #UKPakDosti by joining us as chief guest at #QBPQueensWeek pic.twitter.com/qRY411afTa

British High Commissioner Christian Turner in his remarks on the occasion highlighted the close bilateral relationship between Pakistan and UK and vowed to make efforts to further strengthen the historic ties.