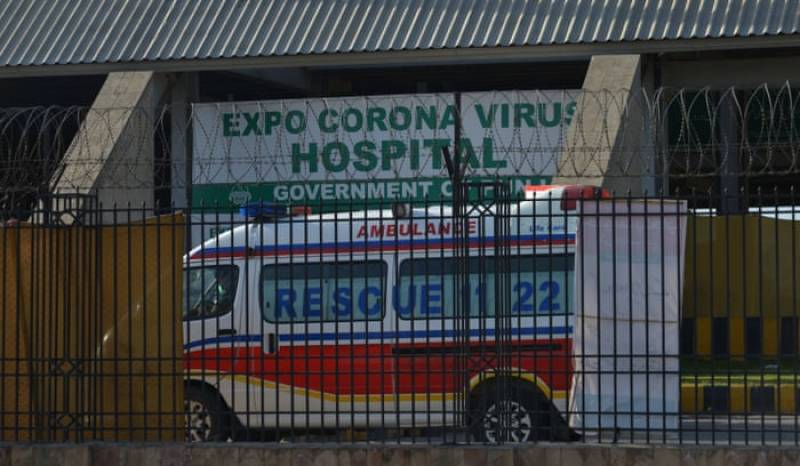 ISLAMABAD – The National Command and Operations Center (NCOC) was informed on Saturday that the Punjab government had developed a mobile application to indicate bed occupancy and availability of ventilators in each and every hospital of the province.

The application would help the officials of Rescue 1122 track the beds and ventilators’ availability in every district of the province, Punjab Health Minister Dr Yasmin Rashid apprised the NCOC which met here with Minister for Planning, Development and Special Initiatives Asad Umar in chair.

Accordingly, she said, the Rescue 1122 and provincial health department staff were being provided necessary training.

Asad Umar appreciated the Punjab government for taking a lead in developing an application which could update the health officials with real-time data. He directed the other federating units to replicate the initiative for effective handling those COVID-19 positive patients who had been home-quarantined.

The meeting was also given a practical demonstration of the application.

Briefing the NCOC about smart lockdown mechanism in Punjab, Dr Yasmin said that the province was all set to issue detailed Standard Operating Procedures (SOPs) in that regard.

All out efforts would be made to enforce the smart lockdown across the province, she added.

The health minister said that Punjab had increased its testing capacity and would run extensive awareness drive on SOPs to communicate the guidelines to the citizens. A notification for home quarantine of the corona-positive patients would be issued shortly, she added.

Sindh Health Minister Azra Fazal Pechuho said that the virus spread in central and Northern Sindh had been increasing gradually, whereas less number of Coronavirus cases were reported in Southern part of the province.

She said that at least 22 areas had been under lockdown in Karachi which had emerged as a virus hotspot in Sindh, adding the virus was transmitting to other district due to inter-city movement of the people.

The representatives of Khyber Pakhtunkhwa, Balcohistan, Islamabad, Azad Jammu and Kashmir, and Gilgit Baltistan also apprised the NCOC about their strategies in enforcing the smart lockdowns in their respective areas.

The meeting was also informed that the Rural Support Programme had been activated in the federal capital to enhance community mobilization against the COVID-19.