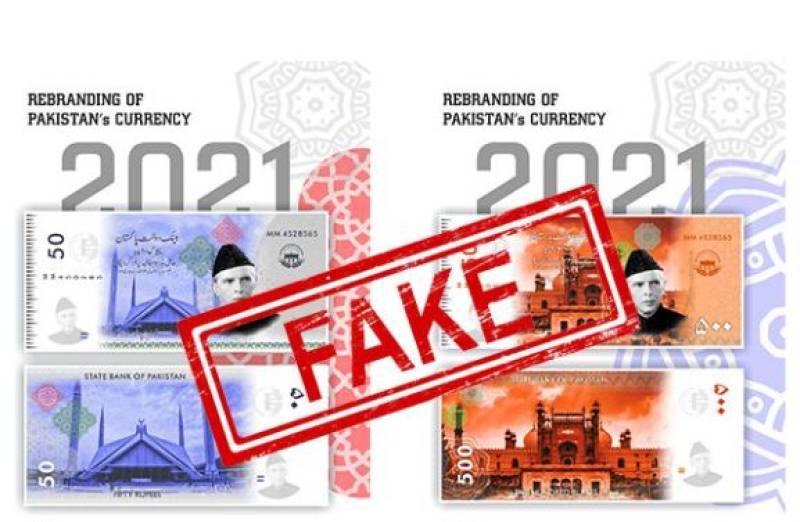 KARACHI – The State Bank of Pakistan (SBP) has rejected rumours that it would introduce new designs of currency notes.

The central bank in a statement said, “Some fake news regarding new designs of currency notes is circulating on social media”.

“SBP categorically denies the news and clarifies that no such proposal is under consideration at the moment,” it said on Twitter.

Social media has been flooded with rumours for days that the Pakistan government was going to launch new “plastic currency notes” to replace the paper currency.

ISLAMABAD – The federal government has announced discontinuing the use of Rs15,000 and Rs7,500 prize ...