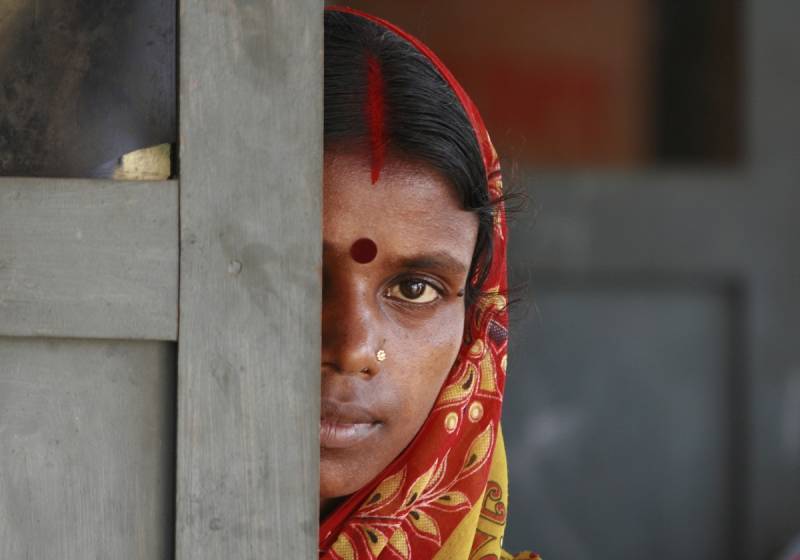 NEW DELHI (Web Desk) - While Indian political leaders continue to make tall claims and say the "all is well", the bitter truth is that nothing is well with Indian nation.

A shocking video has surfaced from UP's Greater Noida, adjoining the national capital New Delhi, where a dalit family was stripped, beaten and paraded naked by the police, the Indian media reported. 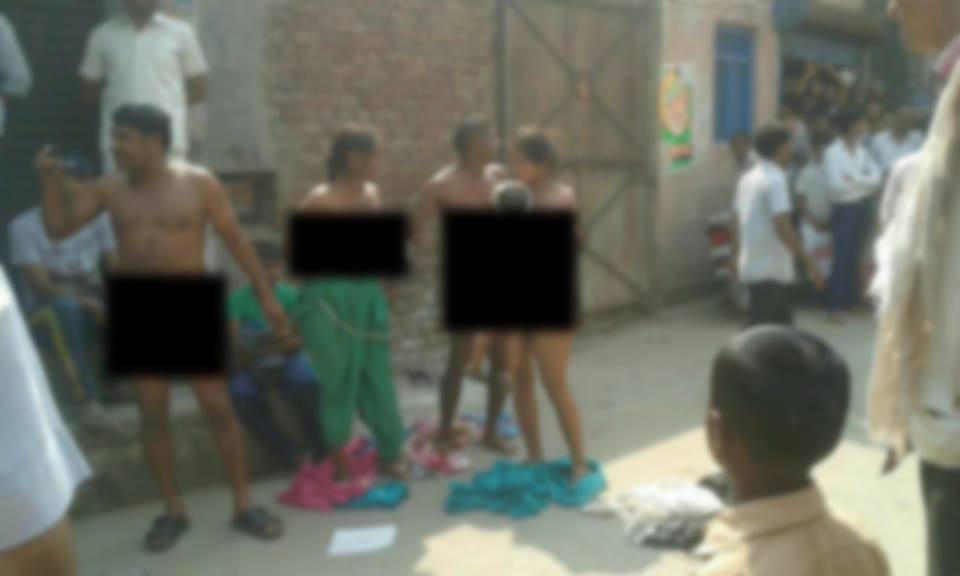 This incident raises serious question marks on the Modi government, which a few days ago failed to protect 55-year old Ikhlaq from a mob that killed him for allegedly eating beef.

This video has been circulating on social media, in which a police officer, Parveen Yadav allegedly stripped naked a dalit family and beat them with batons. What's worse, even his little kids were not spared.

The incident happed in Dankaur, a village and Nagar Panchayat in the state of Uttar Pradesh. When this atrocity was happening, by-standers were watching with fun, which also highlights the insensitivity of common people, who see everything but do not act.

The whole incident started when Sunil Gautam, a resident of Atta (Noida) went to register a complaint of theft at the Dankaur police station with his family on October 7. On seeing a large crowd, officer Parveen Yadav lost his cool and began misbehaving with a woman sitting in protest and tore her clothes, and also beat her up.

A serious question raised here is that why was a male police officer handling a woman, as lady constables are supposed to be there? Why did the police let the matter blow out of proportion?

Reportedly, when police officer Parveen Yadav was asked about the incident, he said that the charges against him were false and fabricated. He said that those protesting were adamant that the police arrest the culprits, while he told them to go home as their case had been registered.

Parveen Yadav also said that a case had been registered against Sunil Gautam, his brother and his wife, and they all shall be arrested and sent to jail soon.