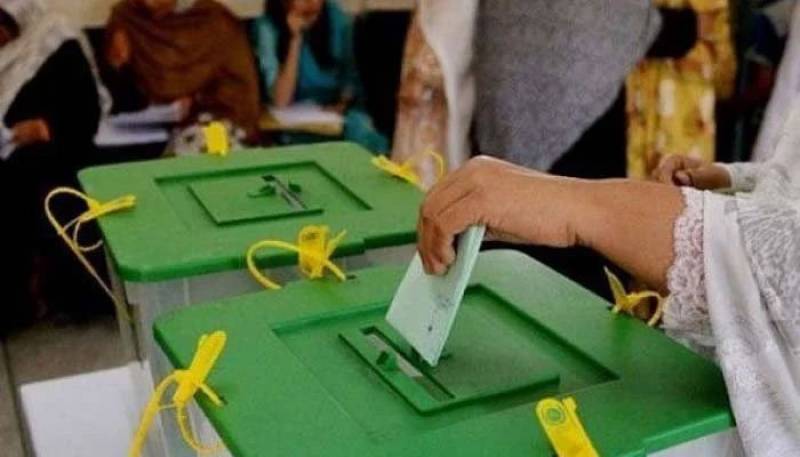 SIALKOT – Polling for the by-election in National Assembly constituency NA 75 Daska concluded Saturday evening while counting of votes is underway.

The main contest is expected between Pakistan Tehreek e Insaf’s Ali Asjad Malhi and Nosheen Iftikhar of Pakistan Muslim League-Nawaz as both the parties have been campaigning heavily to win the polls.

At least 360 of the polling stations have been set up in the constituency, of which 47 have been declared sensitive, while 4,162 security personnel have been deployed to maintain the law and order situations. Pakistan Rangers personnel are also deployed while the Pakistan Army is on standby.

NA-75 seat fell vacant after the MNA Iftikharul Hassan Shah of PML-N died of a heart attack in August 2020. Shah was also a member of the standing committees on Interior and Narcotics Control and National Food Security and Research.

Ruling party candidate Ali Malhi shared a video message and urged the people of Daska to come out and vote to defeat the mafia.

PML-N's Nosheen Iftikhar also shared a glimpse of the party camp in the constituency, saying the voters are coming in large numbers.

ISLAMABAD – The Supreme Court Friday trashed the appeal of the ruling party candidate against the re-polling in ...

Earlier, the election of February 19 in the Sialkot constituency by-poll was declared void by the Election Commission of Pakistan (ECP) due to unwanted circumstances.

ISLAMABAD – The Supreme Court of Pakistan Thursday directed not to hold re-polling in NA-75 Daska constituency of ...