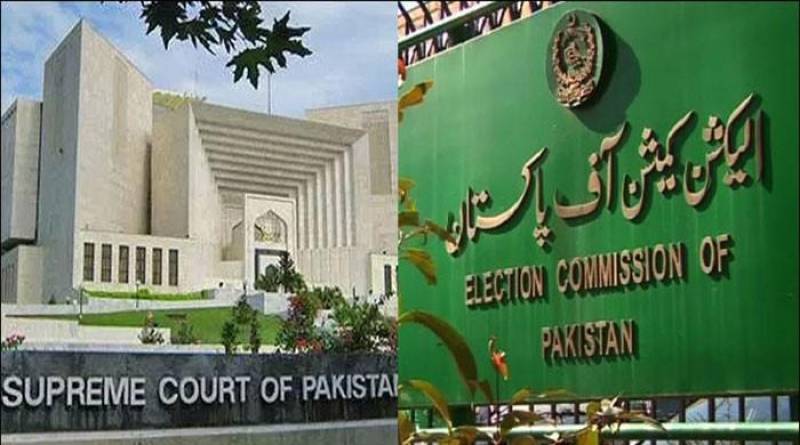 ISLAMABAD – The Supreme Court of Pakistan Thursday directed not to hold re-polling in NA-75 Daska constituency of Sialkot on April 10.

The court while granting the stay said that this case will require further time as arguments on both sides are still underway.

Earlier on February 25, the Election Commission of Pakistan (ECP) had declared the election as null and void and ordered re-election in the entire constituency.

ISLAMABAD – The Election Commission has ordered repolling in the entire constituency of NA-75 Daska in district ...

It further announced re-polling on April 10 in this constituency. Salman Akram Raja, counsel for Pakistan Muslim League-Nawaz candidate argued that the incidents of violence had affected all 76 polling stations in the constituency.

The opposition party had also accused the government of trying to rig the polling process by abducting 20 presiding officers along with the record.

The ruling party on March 5 had challenged the Election Commission of Pakistan’s (ECP) decision of re-election in NA-75 in the Supreme Court.

ISLAMABAD – The Election Commission of Pakistan (ECP) has asked for the call data record of 20 presiding officers ...