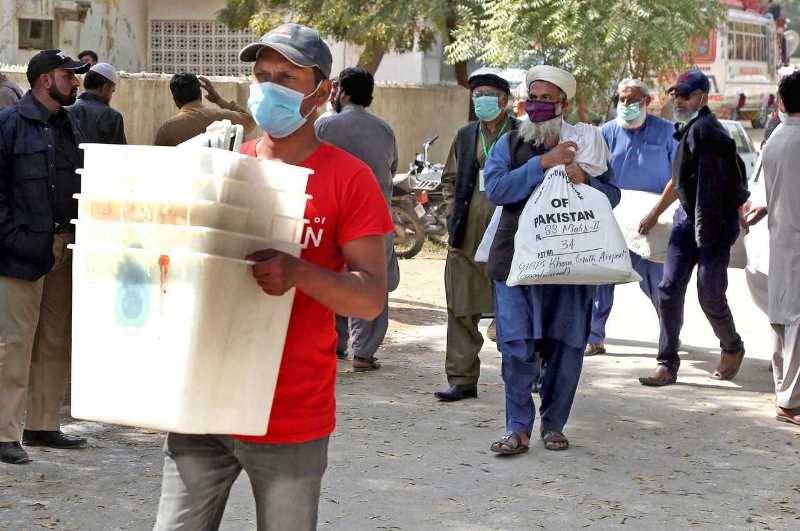 ISLAMABAD – The Election Commission has ordered repolling in the entire constituency of NA-75 Daska in district Sialkot.

A five-member ECP bench heard the case and the decision was announced in presence of the candidates from PTI, PML-N.

Riots were reported during the polling day and the masses were not provided the right to vote in a true manner.

Terming the polling null and void in the NA-75 Daska, the ECP has ordered re-polling in the constituency on March 18.

Reacting to the judgment, PML-N leaders hailed the ECP’s verdict and termed it historic.

Earlier, the ECP had seized the electoral record of by-polls in NA-75 Daska on Saturday after rigging allegations were levelled against each other in the constituency by Pakistan Tehreek-e-Insaf (PTI) and Pakistan Muslim League-Nawaz (PML-N).

Have always struggled for fair & free elections. So even though there is no legal compulsion to do so before ECP announces results, I would request our PTI candidate to ask for re-polling in the 20 polling stations Opposition is crying hoarse over in the Daska NA 75 bye- election

Prime Minister Imran Khan had advised Pakistan Tehreek-e-Insaf (PTI) candidate of NA-75 to ask for re-polling in 20 polling stations of the Daska constituency.

LAHORE – Major discrepancies were spotted in results submitted by presiding officers of more than 20 polling ...