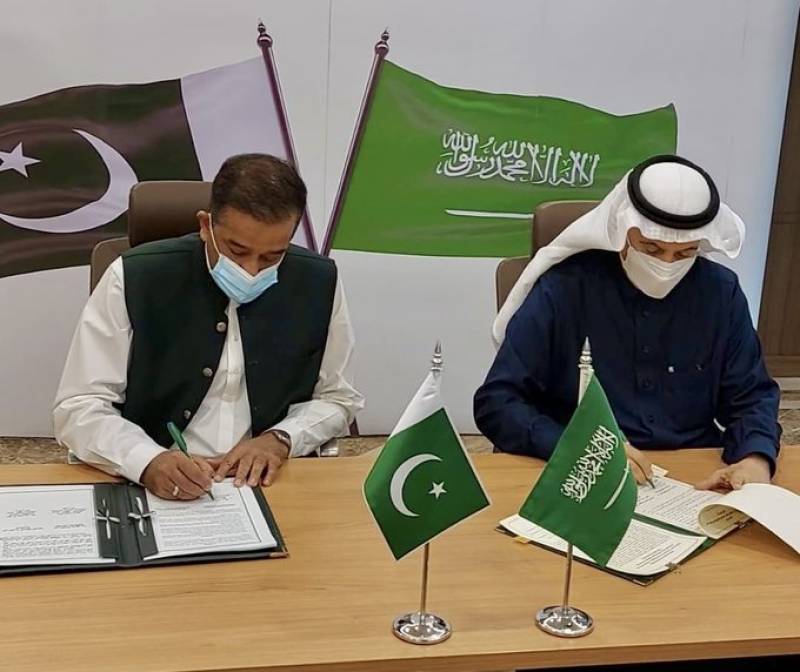 ISLAMABAD – Pakistan and Saudi Arabia have signed a historic memorandum of understanding (MoU) to collaborate on nine key areas to protect nature and control pollution.

The development was announced by Federal Minister of Climate Change Malik Amin Aslam on Twitter, stating that the move will cement the green visions of Prime Minister Imran Khan and Saudi Crown Province Mohammad Bin Salman. He also termed the MoU as “Green Pact”.

Malik Amin Aslam, who is in Riaydh to sign the agreement, said: “This is an umbrella memorandum of understanding and a wide-ranging document which has been signed for the first time between Pakistan and Saudi Arabia to establish partnership in green programs.”

#Pakistan and #SaudiArabia sign historic #GreenPact to collaborate on 9 key areas for #Nature protection and #Pollution - including partnering the @Gi_Saudi and #10BillionTreeTsunami @Plant4Pak cementing the green visions of @ImranKhanPTI and Crown Prince #MohammadBinSalman pic.twitter.com/6dJeXn9LD8

He revealed that Saudi environment minister Abdulrahman bin Abdulmohsen Al-Fadhli signed the MoU on the behalf of the kingdom.

Under the MoU, both countries will jointly work in different areas, including biodiversity, forestation. He said that the collaborative efforts will also aim at controlling pollution and toxic waste.

Aslam said that the kingdom had also invited Pakistani experts working on the billion-tree tsunami project in order to finalise the plantation plan of Saudi Arabia.

He informed that Saudis were very keen to use their wastewater for plantations in the urban areas.

“We have also discussed Miyawaki forest technique with them which we have successfully implemented in Pakistan and which uses very little water and suits the Saudi environment,” he told the media outlet.

The PM’s advisor hoped that the cooperation would open a new chapter in the Saudi-Pak bilateral relationship.

Saudi Arabia aims to plant 10 billion trees in the coming decades as part of an ambitious campaign unveiled by Crown Prince Mohammed bin Salman in March this year, to reduce carbon emissions and combat pollution and land degradation.

Saudi Arabia, the world’s top oil exporter, aims to reduce its carbon emissions by generating 50% of the country’s energy from renewables by 2030.

Riyadh would also work with other Arab states on a Middle East Green Initiative to plant an additional 40 billion trees, which the prince said would be the world’s largest reforestation programme.

KARACHI – The Overseas Investors Chamber of Commerce and Industry (OICCI) has announced to organise ...