No NROs, relaxations can be given to corrupt people, says Imran Khan 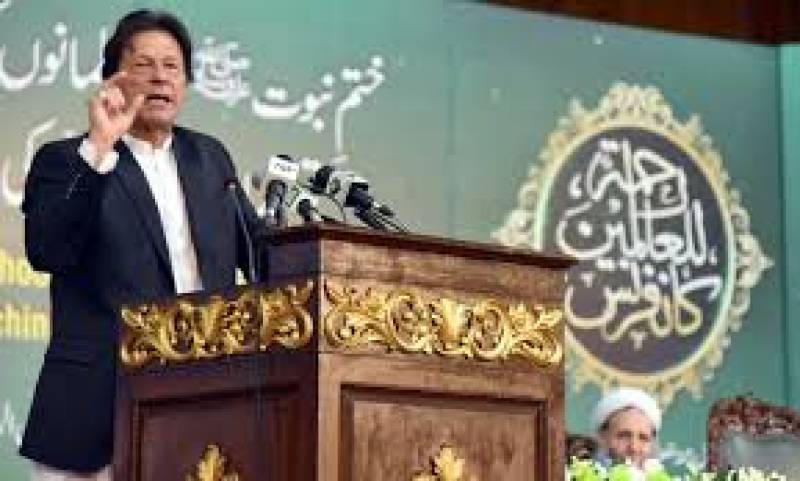 ISLAMABAD – Prime Minister Imran Khan has chaired the opening session of the International Rehmatul-lil-Alameen (SAWW) Conference in connection with Eid Milad-ul-Nabi (SAWW) in Islamabad and said that the personality and character of Prophet Muhammad (PBUH) is a role model for the youth to lead a successful life.

Addressing the Conference, the premier said the best role model is the personality of Prophet Muhammad (PBUH) in order to become a great person, adding that a nation can become great only by following the golden principles of the state of Madina.

He said it is a miracle that two superpowers of that time surrendered to state of Madina just six years after the death of Prophet Muhammad (PBUH). He said by following the idyllic rules of the state of Madina, the Muslims ruled over the world for more than a thousand years.

Khan reiterated his commitment to introduce the golden rules of Riasat-e-Madina in the country. He said his emphasis on the creation of a state like Madina and urging the youth to learn from the teachings of Prophet Muhammad (PBUH) is because of his lifelong experiences.

The premier said that Prophet Muhammad (PBUH) emphasized on education, justice and merit, adding that by following the Prophets’ (PBUH) teachings we can bring progressive change in the society.

The Prime Minister said our government will bring reforms in the education system to teach children how the Holy Prophet (PBUH) transformed a tribal society into a great nation. He underscored the importance of holding research in our universities on the life and the principles of Prophet Muhammad (PBUH).

The premier said that those who plundered the wealth of the nation deserve no right to be spared. He said no NROs or other relaxations can be given to corrupt people. He said the compassion is for poor and downtrodden segments of society and not for powerful and corrupt people and it is the state's responsibility to look after the weaker segments.

The prime minister said for a state to function effectively, it needs revenues in the form of taxes to run the affairs efficiently. He said people have also the responsibility to play their due share in the uplift of society.

The Prime Minister also urged the Ulema to guide the government in transforming the country on the basis of Islamic principles.

The Prime Minister expressed optimism Pakistan will become a great nation by following the principles of the state of Madina.

The Int’l Rehmatul-lil-Alameen (SAWW) Conference is being held under the auspices of Ministry of Religious Affairs and Inter-Faith Harmony. The theme of this year's conference is 'State of Madina and concept of modern Islamic Welfare State - in light of teachings of the prophet (PBUH).'

The event is being attended by religious personalities, Ulemas, Mashaikh and scholars besides people from various walks of life. A large number of scholars from various Islamic countries are also in attendance.