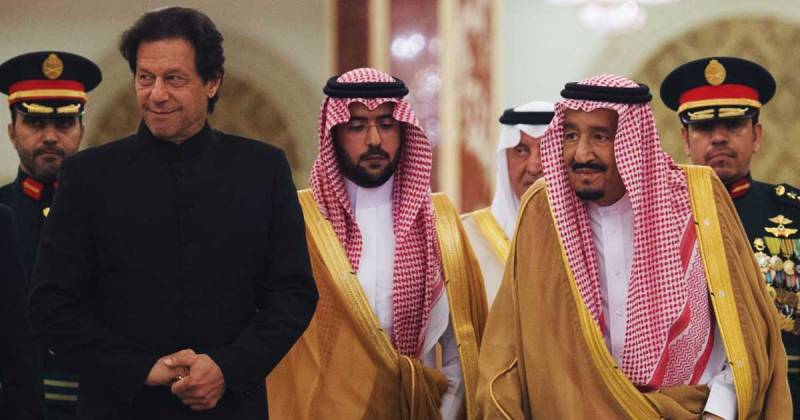 ISLAMABAD – Prime Minister Imran Khan is likely to visit Kingdom on a three days official visit to attend the ‘Middle East Green Initiative Summit’ being held in the last week in October.

The premier was invited to attend the conference by Saudi Crown Prince Mohammed bin Salman while KSA envoy to Pakistan Nawaf bin Said Al-Malki conveyed the message of the Saudi ruler.

MEGIC, Middle East Green Initiative Conference, will be held in Saudi Arabia from October 23 to 25, and United Arab Emirates, Bahrain, and other Arab and African countries will participate in it.

Meanwhile, Khan and recalled the two historic initiatives announced by the crown prince to tackle the adverse impacts of climate change and environmental degradation and thanked him for inviting him to the ceremony.

Both countries are also collaborating closely to develop synergies in their climate-change-related strategies.

A statement issued by Saudi Press Agency stated “The Middle East Green Initiative aims, in partnership with the countries of the region, to plant 50 billion trees as the largest reforestation program in the world.”

In a bid to limit carbon emissions and combat pollution and land degradation, , Saudi Arabia has decided to plant 10 billion trees in coming decades and working with other Arab states to plant another 40 billion trees.

The initiative is part of the KSA’s Vision 2030 plan to reduce its reliance on oil revenues and improve quality of life.