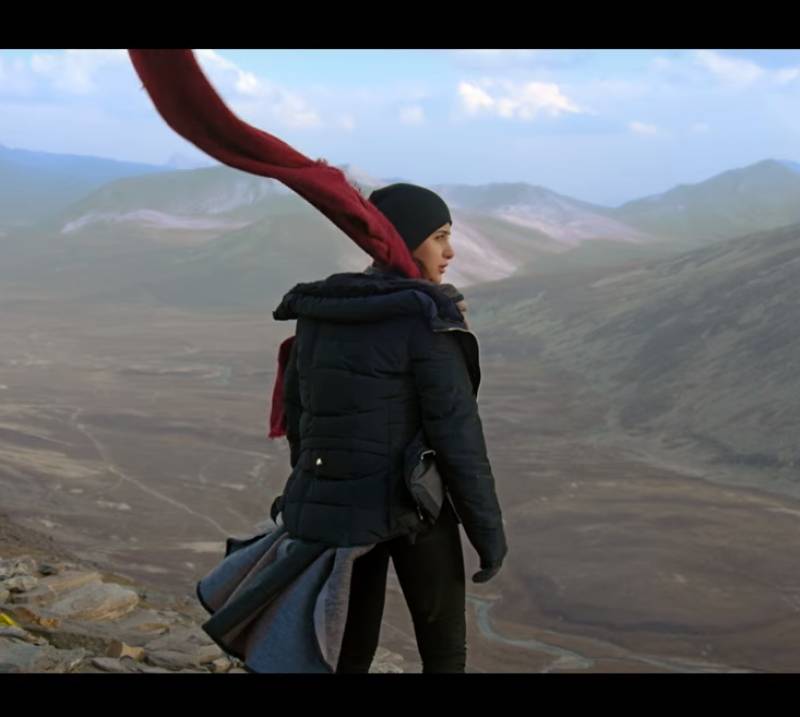 KARACHI: Motorcycle Girl's first song has just been released and it is the most uplifting thing you will hear today! The slow and mellow track has been produced by Xulfi and features the melodious voice of Ali Noor.

Here is a look at the track:

The video and its visuals completely encapsulate the entire phenomenon of a young woman at first doubting herself and then beginning a new and unknown journey into not only exploring the beauty of her country but also her own capabilities and sense of self.

The song packs a lot of emotions and feelings into one soulful and powerful track that shows what determination and persistence may lead to.

Motorcycle Girl has been written and directed by Adnan Sarwar, with a release of the 20th of April. Based on the true story of Zenith Irfan, the first Pakistani woman to charter the northern areas on a motorbike solo, this movie is definitely worth watching.