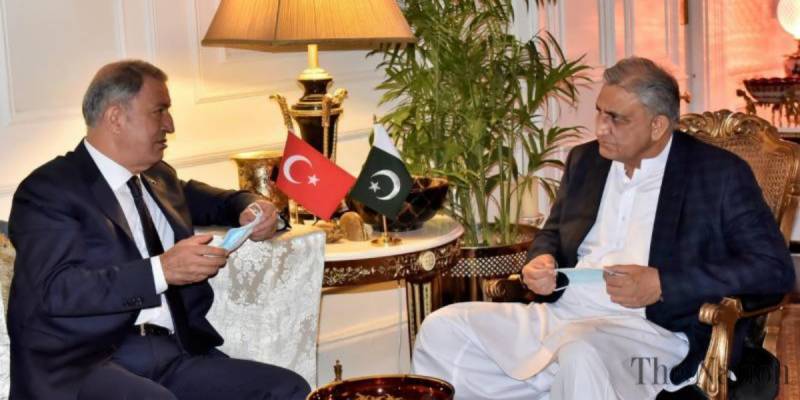 According to the details shared by Inter-Services Public Relations (ISPR), the visiting dignitary reaffirmed Turkey’s full support of Pakistan’s stance on regional and international issues.

During the meeting, matters of mutual interest including defense and security cooperation between both the countries and the overall regional security situation especially the Afghan Peace Process were discussed.

Both sides reiterated the desire to further enhance bilateral relations between Pakistan and Turkey including the efforts for peace and stability in the region.

General Bajwa, earlier in June, called on the Turkish defense minister during his short visit to Turkey and discussed matters of mutual interest including the Afghan reconciliation process.

ISPR said matters of mutual interests, defense collaboration, progress on CPEC, and regional security were discussed in detail during the meeting.