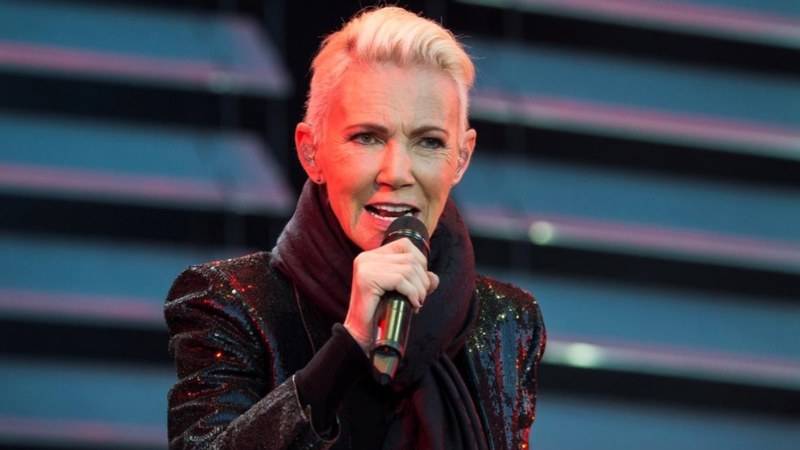 Marie Fredriksson – the Swedish vocalist who scored a string of the late-1980s and early-’90s hits with Roxette – died on Monday (yesterday) following a 17-year battle with cancer. Marie Fredriksson’s management company Dimberg Jernberg Management, confirmed her death. Her Roxette bandmate, Per Gessle, also issued a statement on social media and via Dimberg Jernberg, saying, “Time goes by so quickly. It’s not that long ago we spent days and nights in my tiny apartment in Halmstad, listening to music we loved, sharing impossible dreams. And what a dream we eventually got to share!”

He continued, “Thank you, Marie , thanks for everything. You were an outstanding musician, a master of the voice, an amazing performer. Thanks for painting my black-and-white songs in the most beautiful colours. You were the most wonderful friend for over 40 years. I’m proud, honoured and happy to have been able to share so much of your time, talent, warmth, generosity and sense of humour. All my love goes out to you and your family. Things will never be the same.”

Fredriksson and Gessle were good friends when they launched Roxette in 1986 and found quick success in Sweden with their debut album, Pearls of Passion, released that same year. International success would soon follow, but it would take a remarkable bit of happenstance for it to come to fruition: An American exchange student studying in Sweden heard the band’s hit “The Look,” bought a copy of 1988’s Look Sharp!, brought it back to the States, and gave it to a DJ in Minneapolis. Soon, “The Look” was Number One on the Billboard Hot 100.

Look Sharp! would produce another U.S. Number One, “Listen to Your Heart,” and a Number Two, “Dangerous,” while the band scored another chart-topper with “It Must Have Been Love” from the Pretty Woman soundtrack. Their 1991 album, Joyride, featured one more Number One, the title track, and another Number Two, “Fading Like a Flower.”

Fredriksson was born May 30th, 1958, in the south of Sweden and began her music career in Halmstad in the late Seventies playing in indie bands like MaMas Barn and Strul, which is how she met Gessle. In 1984, Fredriksson launched a successful solo career with her album, Het vind, and continued to release solo projects even after Roxette became an international phenomenon.