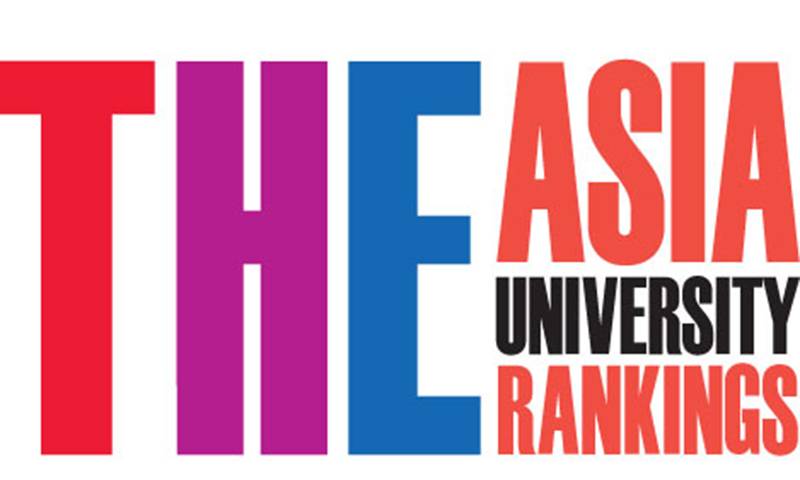 While not even a single university of Pakistan could make it to the list, India has nine representatives, down from eight last year, while Iran has three institutions in this year’s rankings - led by Sharif University of Technology (43rd).

The top universities rankings employ 13 carefully calibrated performance indicators to provide the most comprehensive and balanced comparisons available, which are trusted by students, academics, university leaders, industry and governments.

“The rankings are fine, the criteria are fine but Pakistan’s ground situation is not fine,” Punjab University Registrar Dr Shahid Muneer told Dawn.

“Of several concerns, one is that Pakistan lacks resources and hardly any allocations are made for research and development. In such a scenario, institutions find it hard to create a research culture,” Dr Muneer said.

Phil Baty, the editor of Times Higher Education, acknowledges the scarcity of funding for Pakistani universities. But he has a way out. 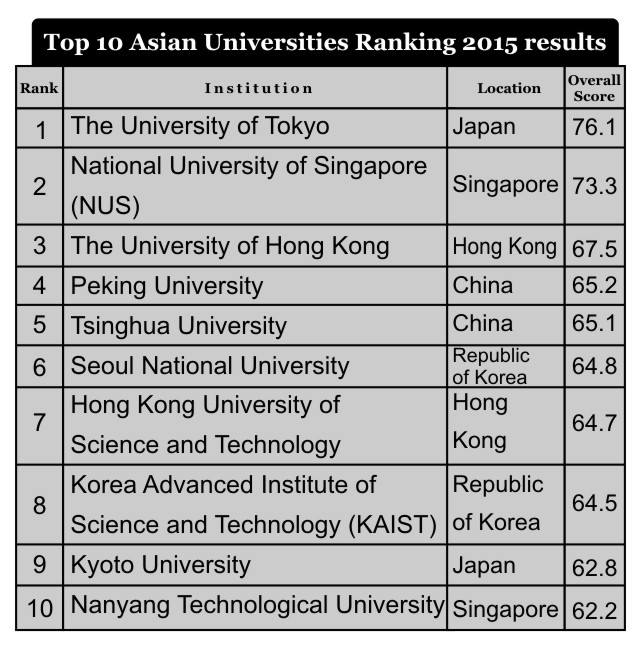 “It is not a simple task - to perform well in Times Higher Education’s university rankings an institution must be performing strongly across all of THE’s five core areas: teaching, research, citation impact, income from industry and international outlook,” he told Dawn.

“However, analysis of other countries across the region suggests that many are incorporating improving the competitiveness of their universities into their economic growth strategies.

“Having enough resources to forge alliances with global counterparts and encourage internationalisation through the co-authoring of academic papers, encouraging international students, enhancing links with industry and the increased use of English language can propel a country’s universities’ position in the rankings - as we have seen notably in the case of China and South Korea, who sit in first and third place in the rankings respectively,” said Baty.

Dr Muneer said Pakistan was also a victim of brain drain since the country's PhD scholars opt for jobs in greener pastures. “Our [Pakistan’s] student-teacher ratio is also poor at around 80 to 1. When there are no teachers, how can we perform?”

Having such a high ratio of students to teachers presents real problems in terms of dynamic and focused strategic leadership, and this is what is needed to develop world class research-led universities, said Baty.

“This is one of the core areas that Pakistan needs to focus on to move its education system forward - it is concerning for a country of its notoriety.”

“English is the global language - to elevate itself in the tables and perform on an international level, Pakistan needs to start focusing on English. This will help its universities’ scores for citations, as well as its scores for international outlook, with it starting to share research projects and attract faculty and students from overseas,” said Baty.

This year’s tables reveal that China has overtaken Japan as the continent’s higher education powerhouse.

Although the latter still boasts the region’s number one institution - University of Tokyo - many of its universities have lost ground with 19 universities in the list this year, down from 20 last year and 22 in 2013.

By contrast, Mainland China has three new top 100 entrants, taking its total above Japan’s for the first time: China now has 21 representatives, up from 18 last year and 15 in 2013. Both Peking University (fourth) and Tsinghua University (fifth) have moved up a place.

Macau joins the table for the first time, with the University of Macau at joint 40th place.

South Korea is the third-strongest nation in the rankings with 13 representatives, down from 14 last year while Taiwan has 11 universities in the list, down from 13 last year and 17 in 2013.

India’s strength has also deteriorated slightly this year with nine representatives, down from eight in 2014.

India has a new number one - the Indian Institute of Science ranks 37th, one place ahead of last year’s leader, Panjab University. Five Indian institutes of technology led by IIT Roorkee (joint 55th) take the lion’s share of the country’s representation, although there is also room in the top 100 for Aligarh Muslim University (90th) and Jawaharlal Nehru University (96th).

Singapore has only two universities in the top 100, but both are highly placed: the National University of Singapore retains second place, while Nanyang Technological University moves into the top 10 for the first time.

The Middle East is well represented in the rankings, which cover the entire Asian continent.

Turkey has six institutions in the list this year, up from five last year, with all in the top 50. Middle East Technical University rose 17 places to 12th, largely attributable to its outstanding research impact. Boğaziçi University takes 14th position (up from joint 19th) and new entrant Sabancı University almost makes the top 20 in its debut appearance.

Saudi Arabia has two representatives, with King Fahd University of Petroleum and Minerals at 71st and King Saud University one position behind. Both institutions have made gains over last year.

Lebanon’s sole representative in the list is the American University of Beirut, which fell two places to a joint 88th.

The news originally appeared on Dawn.