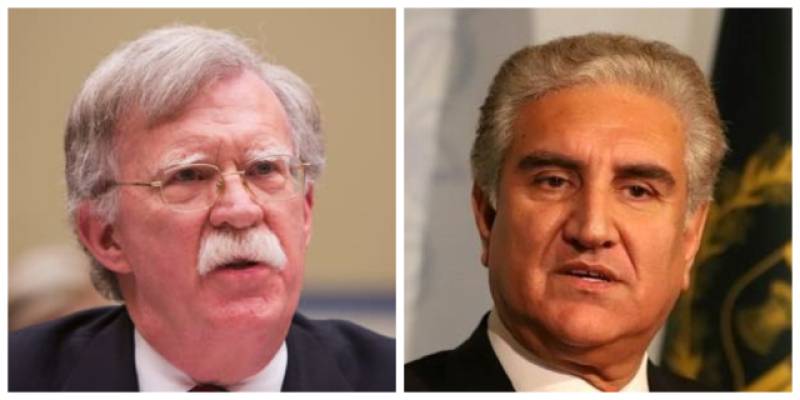 Both the leaders discussed the current political and security situation in Afghanistan and peace situation with India particularly after the Pulwama incident and airstrike episodes.

Qureshi told John Bolton that Pakistan responded to India after New Delhi violated the line of control and Indian Air Force jets made intrusion into Pakistani territory. Islamabad's response, said the foreign minister, was in self-defense.

He also told Bolton about the de-escalatory measures taken by Pakistan including the release of Indian pilot and offer of dialogue to Indian PM Modi.

The US official told Qureshi about their efforts to de-escalate tension between the two South Asian nuclear-armed neighbors. The US, he said, wanted peace between the two countries which is in benefit of the entire region. He also underlined US efforts for peace in the region.

The US official appreciated Pakistan's measures and urged continued restraint on both sides.