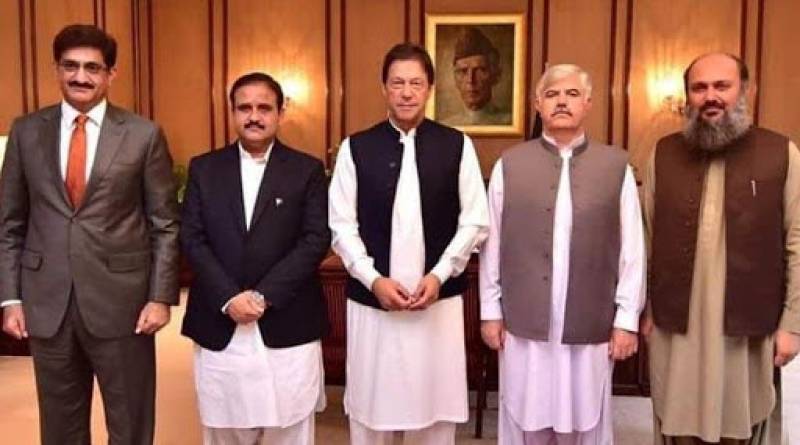 ISLAMABAD – The meeting of the Council of Common Interests (CCI) will be presided by PM Imran Khan today (Wednesday) in Islamabad.

The discussion on the implementation of the decisions taken at the last conference of the Council of Common Interests will be reviewed during the meeting.

The release of the Results of the census 2017 will also be reviewed today.

The transfer of control of a lower portion of the Chashma Right Bank Canal (CRBC) to Punjab from CRBC is also part of the agenda; the meeting will also consider the decision regarding the import of LNG and the issue of granting NOC to CJ Hydro.

Agenda also includes illegal deductions by the Federal Board of Revenue (FBR) from the Provincial Consolidated Fund and the attorney generals recommendations on the Water Accord 1991.

The meeting will be briefed on the domestic industries while members will also discuss the matters related to the Higher Education Commission.