Rabia Anum explains why she walked out of Nida Yasir's show 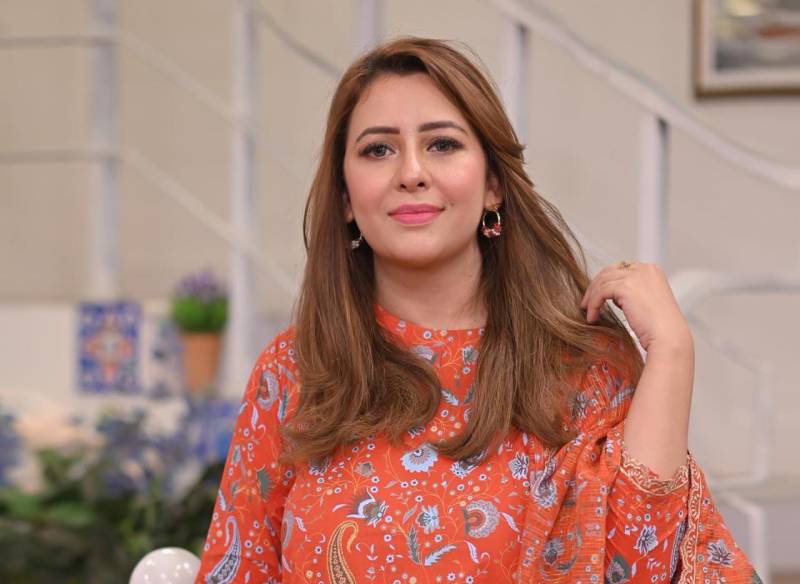 The biggest controversy dividing many of the Lollywood actors and social media personalities in polarizing opinions is unfolding new facts with the every passing hour.

For starters, the trouble in the tinsel town began when television host and anchor Rabia Anum Obaid walked out of Nida Yasir's show Good Morning Pakistan, saying that she feels the moral burden to not share space with a domestic abuser, which was actor Mohsin Abbas Haider in this case.

Following the row, netizens have been divided into polarizing opinions suggesting that Obaid should've tackled the situation backstage while others lauded her for setting an example. In response to the criticism, Obaid came forward to bring more facts to light.

During an interview with Sidra Iqbal on Aaj News, the host shared the lesser-known details of the incident. Obaid said she was unaware of Haider being a guest on the show.

She added, "The channel has different places of makeup for male and female artists, and I only found out 5 minutes before the show went live that Haider was there too."

The hot shared that she had talked about her concerns with the team but nobody took her seriously so she left the show on-air.

Twitterati questioned if Obaid was informed beforehand about the guests to which she replied that she wasn’t aware of Haider's presence as he wasn't the initial guest but a replacement.

Taking to Twitter, Obaid ended the online debate by tweeting, “Did my tiny bit to break the cycle of ifs and buts, let’s hope harassers and wife beaters are never given the chance to be heroes again, those who never apologized for what they did while the victims are still struggling mentally, physically and financially to get back on their feet.”

The 32-year-old host expressed her gratitude for the overwhelming love and appreciation people have shown.

The love & appreciation you all sent from all around the world is overwhelming , Men & women sending me their own stories of abusive childhood and marriages.I’ve been reading them and crying. The first thing I did after walking out was speaking to Fatima,we both cried on phone ????

They didn’t tell me maybe because it was normal, wasn’t the first time he was coming on the show and no one else had or raised an issue before me. Not Their mistake. https://t.co/l8KNw4a5I1

I wasn’t informed as he was not in the initial guest list but a replacement of another guest who couldn’t come at the last moment apparently.

For the unversed, actor Mohsin Abbas Haider and his ex-wife Fatima Sohail had found themselves entangled in domestic violence and cheating allegations levelled by the latter. Haider denied the charges suggesting they are baseless.