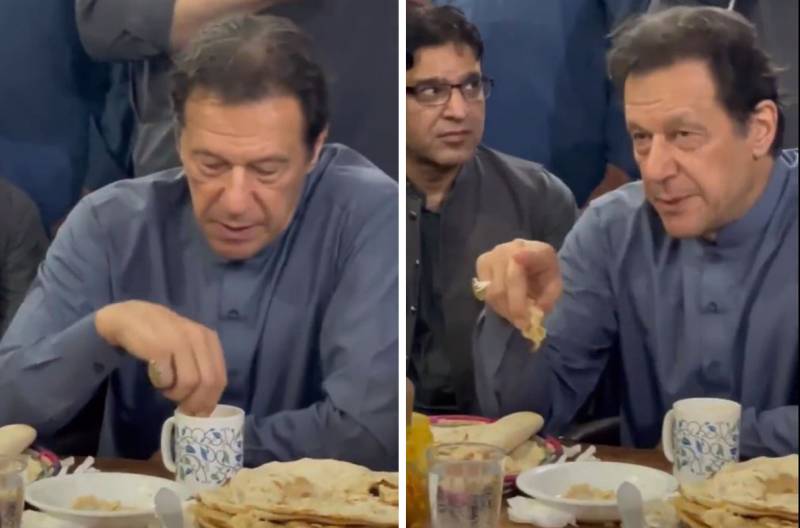 ISLAMABAD – A video showing former prime minister Imran Khan eating flatbread with tea at a restaurant near Gujranwala has been winning hearts on social media.

Many social media users and followers of the populist leader took the move as simplicity as the former Pakistani premier was spotted having a snack.

Khan’s official social media handles also shared the clip in which the PTI chief can be seen having a conversation while eating his meal at the Mian Gee Restaurant, a famous eatery the defiant Pakistani politician used to visit back in the day.

Apparently, the PTI chief after finishing his meal took a piece of flatbread and dipped it in tea, which his followers equated to simplicity and austerity.

Ever since the entry of the former cricketer into the political arena, he remained in limelight for his austerity moves. Khan made it clear over the years that one should live a simple life.