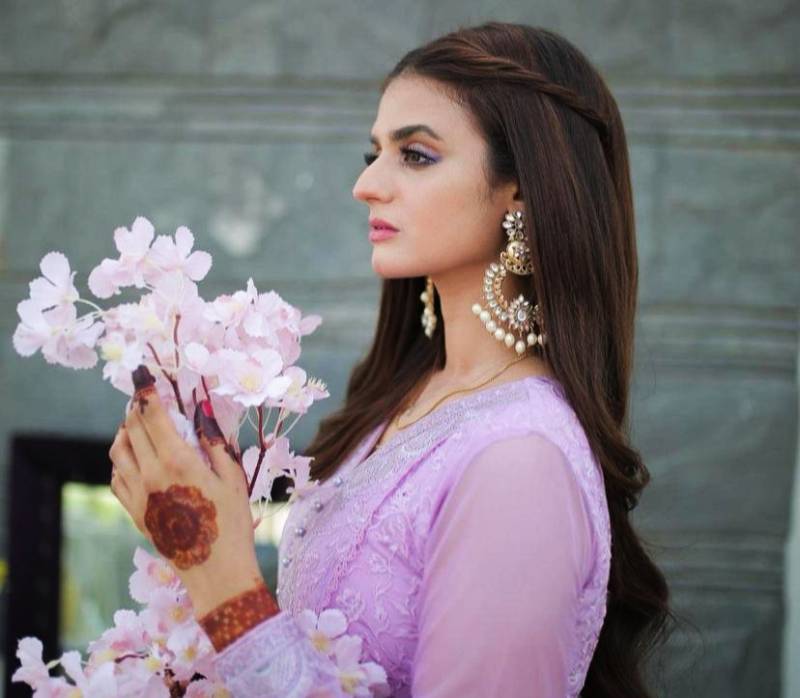 Meray Paas Tum Ho star Hira Mani rose to the pinnacle of fame within a very short span of time. With her impeccable acting skills and bubbly personality, she has wooed the audience with her drama serials.

Dabbling in diverse roles and proving her versatility on screen, the 32-year-old actress has now left the fans gushing as she channels the Bollywood diva Kareena Kapoor’s character from the film ‘Heroine’.

The Kashf star perfectly embodies Kapoor's dramatic expression as Mahi along with fellow actress Hina Rizvi who plays Pallavi while matching her costar.

Lending herself to the iconic scene, the beauty looked stunning in her glowy makeup and the netizens praised her acting skills.

Hira Mani is the ultimate superwoman who juggles her professional and personal life with utmost grace.

In a recent interview, the star relished her love story with her husband Salman Sakib whilst making some interesting revelations.

Hira Mani is the ultimate superwoman who juggles her professional and personal life with utmost grace. In a recent ...