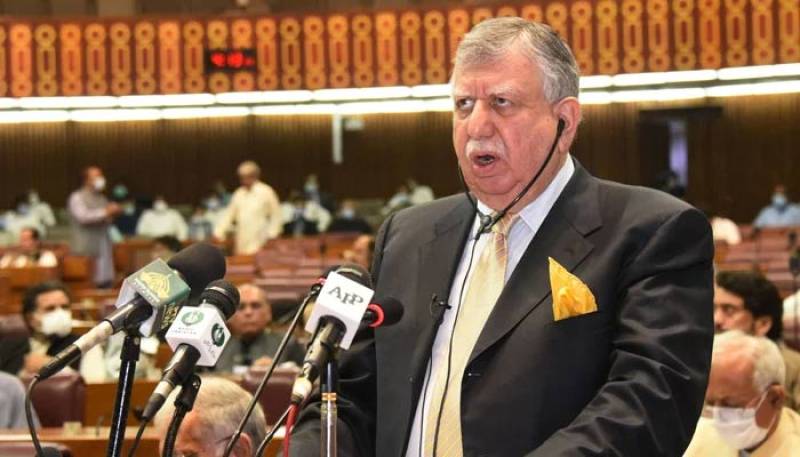 ISLAMABAD – PTI government is all set to table a mini-budget before Parliament tomorrow (Monday) to meet the conditions set by the International Monetary Fund (IMF) for the revival of its $6 billion loan, Express Tribune reported.

The incumbent authorities will introduce new taxes and remove exemptions to raise additional 350 billion rupees in revenue. Reports in local media said the federal government has turned the Fourth Tax Laws Amendment Ordinance into a bill. Schedule 6 will be scrapped from the amended finance bill to end the tax exemption of Rs350 billion.

Tax exemptions on mobile phones, packaged food items are likely to be revoked, while the amendment bill would allow the government to withdraw sales tax exemptions from zero ratings in addition to exports.

Furthermore, the target for recovery of petroleum development will be reduced from Rs600 billion to Rs356 billion. The standard sales tax rate of 17 percent will apply for items with excess sales tax exemption, per reports.

Tax exemptions for many other sectors are also likely to be scrapped, while suggestions have been put forward in the bill to give the power to change the petroleum development levy to the Prime Minister.

The cash-strapped South Asian nation is required to meet the terms and conditions put forward by the global lender before January 12, 2022, to recover more than 1 billion in installments from the Fund.

Meanwhile, the Leader of Opposition in the National Assembly Shehbaz Sharif said the joint opposition will block the Pakistan Tehreek-e-Insaf’s mini-budget, saying its passage would be tantamount to committing national suicide.

ISLAMABAD – PM’s aide on Finance and Revenue Shaukat Tarin on Tuesday revealed that the federal government ...

PM-N leader hinted at a collective strategy with the joint opposition to block and reject the mini-budget as it jeopardizes the economic sovereignty of Pakistan.

Pakistan Peoples Party (PPP) also slammed the Imran Khan-led government and rejects the IMF and the government’s mini-budget as it questioned authorities to keep terms of the agreement shrouded.

Opposition lawmakers claimed that the mini-budget was no solution to the current economic problems. The rupee depreciation against the dollar, jacking up of petroleum products’ prices as well as that of power and gas was the government’s plan to meet the requirements of the IMF to get the loan.