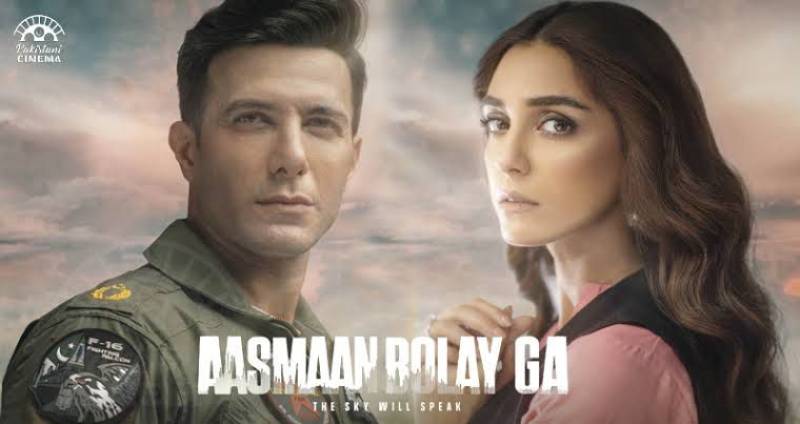 "Collecting all names of his previous films, the Verna filmmaker seems to be brilliantly playing with his words. Khuda Kay Liyae, Bol, Varna, Aasman Bolay Ga…. Shoaib Mansoor is truly a genius with his project titles." wrote Jibran.

The first trailer of the movie, which was released in July 2022, very creatively combined the titles of Shoaib Mansoor’s prior movies to spell out Khuda Kay Liye, Bol, Verna and Aasman Bolay Ga.

After PTV’s “Alpha Bravo Charlie” serial, the veteran director is back in the realm of the armed forces with this movie based on the Pakistani Air Force’s Operation Swift Retort against the Indian Air Force’s attack on Balakot.