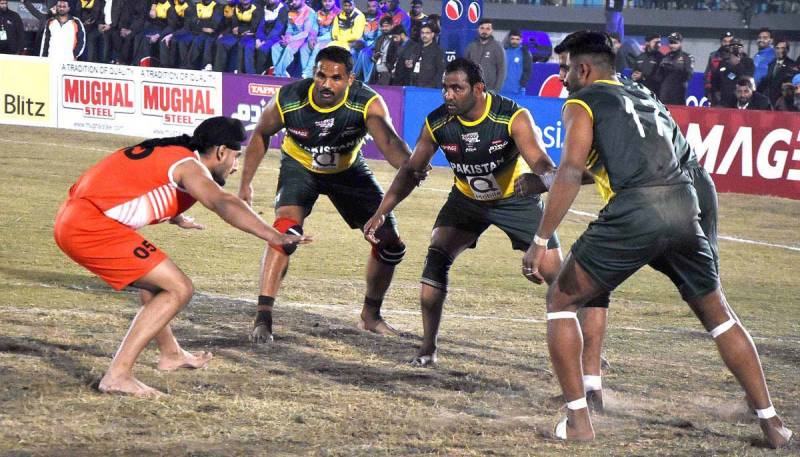 FAISALABAD - The Kabbadi World Cup 2020 venue has been shifted from Lahore to Faisalabad which is considered as one of the major hubs of Kabbadi.

Three more matches will be played on the 4th day of Kabaddi World Cup 2020 today [Wednesday] at Faisalabad’s Iqbal Stadium.

Inexperienced Sierra Leone will meet strong England kabaddi team in the third match of the day at 4.00 pm.

The fourth match will be played between Pakistan at Australia at 7:30 pm.

Punjab Minister for Sports, Youth Affairs and Tourism Rai Taimoor Khan Bhatti said: “By holding Kabaddi World Cup, we have promoted Pakistan’s soft image to the international community that Pakistan is a peaceful country.” “Holding grand Kabaddi World Cup is a clear message for India and the rest of the world that Pakistani people are sports-loving, the Radio Pakistan reported.

Punjab govt has made the best security arrangements for all guest teams during their stay in Pakistan”.