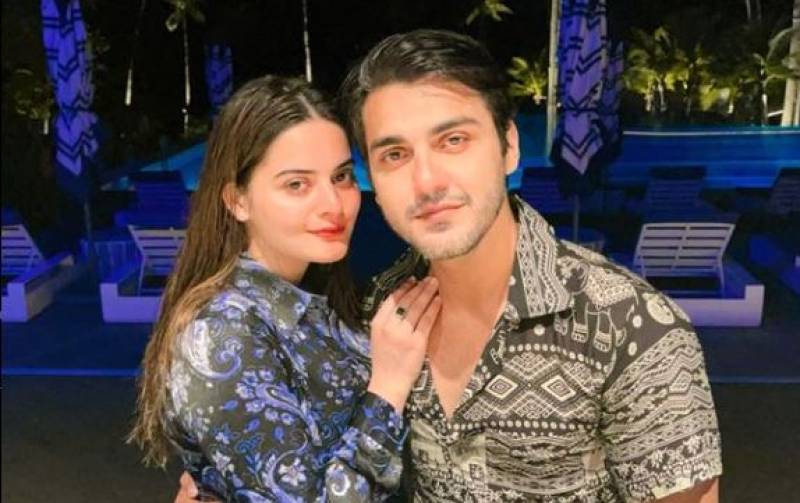 Lollywood's power couple Minal Khan and Ahsan Mohsin Ikram are back in the news to steal the spotlight with their sizzling chemistry. The duo has often been the center of attention owing to their charisma and beauty.

Successful in their individual careers, the celebrity couple have amassed millions of followers who would give anything to catch a glimpse of the couple together. Treating the social media admirers, Khan and Ikram offered a PDA-filled beach photo that went quickly went viral.

Ikram called his darling wife "Beach Bae" in the caption.

lkram, on the other hand, was seen in Parchayee, Mera Rab Waris, and Pyar Ke Sadqay.