WATCH: Gun-toting man who came to ‘save Pakistan’ nabbed outside Parliament 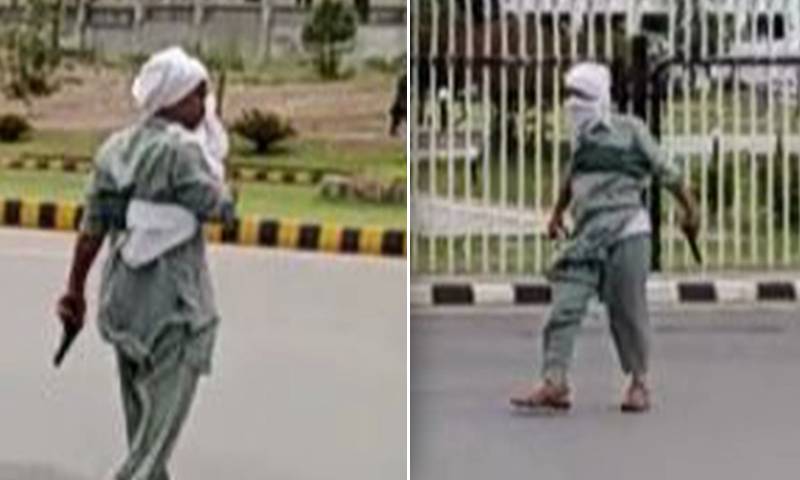 ISLAMABAD – The Islamabad police Monday apprehended a forty-five-year-old gun-toting man in front of the Parliament House.

Federal law enforcers revealed that the 45-year-old is a mentally unstable man who hailed from the Chakri area of Rawalpindi.

A clip shared by Mansoor Ali Khan on Twitter showed a man waving a gun in one hand and a knife in the other while strolling outside the Parliament House.

The gun-wielding man, who covered his face, can be seen pointing weapons at police personnel.

The man claimed that he approached Parliament to save the country, as it is currently in dire straits, per reports. “Our Country is about to disintegrate as a result of a conspiracy”, he further claimed.

Meanwhile, Police have seized a knife and the pistol from the suspect. The hand weapon didn't even have bullets in it, said sources. Police later shifted the man to the Secretariat police station.