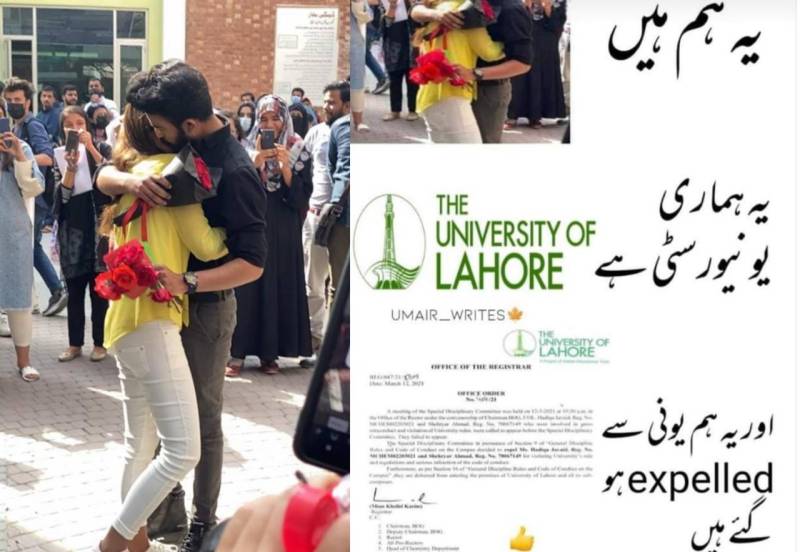 LAHORE – The University of Lahore (UOL) administration has expelled the couple whose public proposal recently went viral on the internet.

The video that took the social media by storm was of a student proposing to the boy she adores while getting down on her knee within the university premises.

As the clip went viral, the institute has taken action against the duo as they have released an official notice where they have expelled both the students from the university.

The couple, Hadiqa Javaid and Shehryar Ahmad were named in the notice and they were expelled on the grounds of violating the university's rules and regulations and failing to appear before the Special Disciplinary Committee. 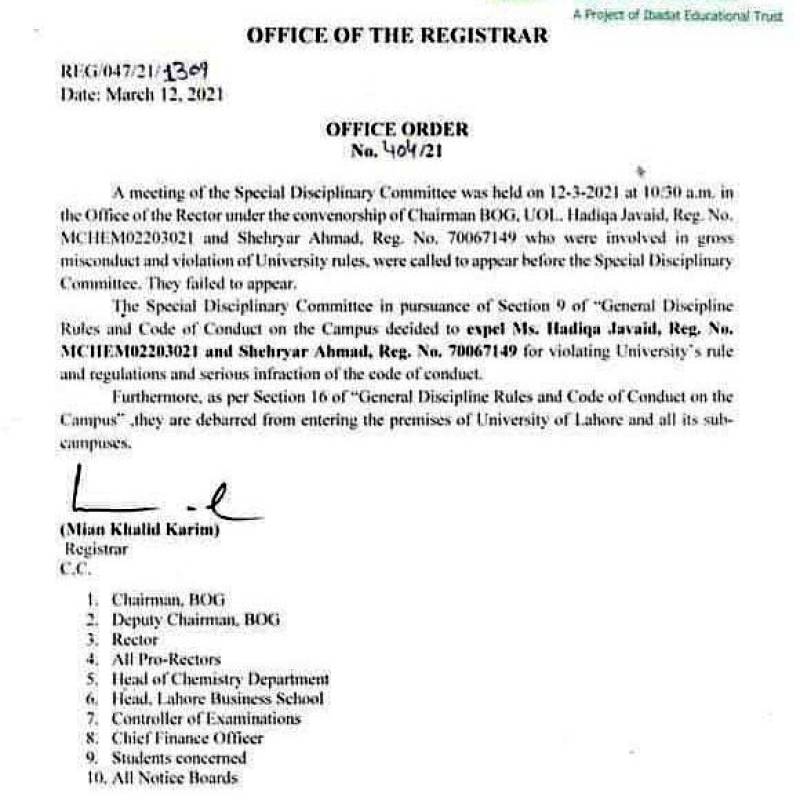 The video that has been thrust into the spotlight started making rounds on the Facebook page of the University Of Lahore (UOL). In a short viral clip, we get a glimpse of a girl who goes down on her knee with a bouquet in her hands. The girl then says something but her voice gets drowned in the cheering crowd who is busy gushing over the lovebirds and they hug.

With the traditional way of proposing abruptly evolving in Pakistan under the influence of foreign cultures, young ...

After the news of the couple's expulsion surfaced, Twitter has exploded with memes:

A girl in proper hijab is also enjoying the love scene and making its video. That's diversity! I support the couple and their way to express their love. Jeetay raho ❤️#uol pic.twitter.com/iL2Ic2bDBT

Moreover, the internet remains divided over their opinion of the public display of affection. A group of keyboard warriors believe that such proposals are not acceptable within Pakistan and have deemed the proposal disgraceful. Others just find it empowering since its high time people don't shy away from taking decisions of their life.