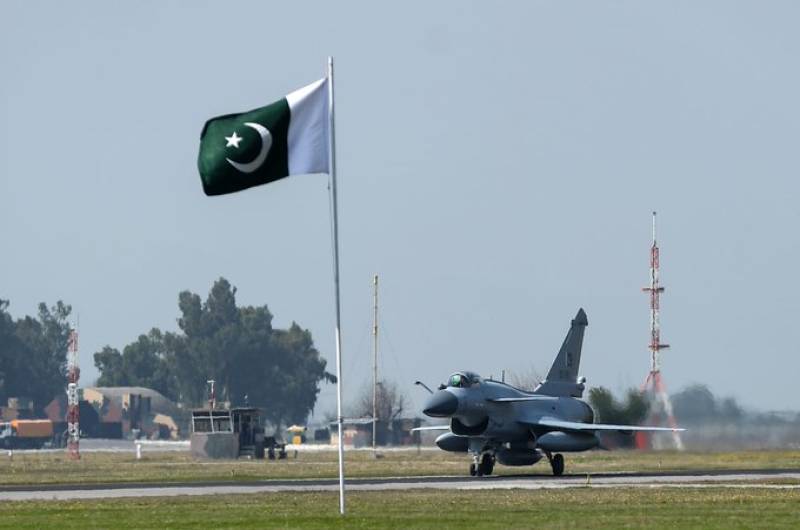 ISLAMABAD – Pakistan has formally inducted the multirole J-10C fighter jets, acquired from its iron brother China, into its air force’s No 15 ‘Cobras’ Squadron to further strengthen its combat capabilities.

The latest addition further strengthens Pakistan Air Force (PAF) as a formidable and potent force well capable of defending the aerial frontiers of the motherland.

With the induction of J-10C “Dragon” Omni role fighter in its ranks, PAF retains the first shot BVR capability while maintaining a qualitative edge in the application of Air Power across all domains.

The modern AESA radar, Integrated EW suite, informationised infused sensor system and an ability to carry a wide array of weapons, makes the J-10C a lethal weapon system capable of taking on any contemporary aerial and ground threats with a high degree of assurance.

The fighter jet can carry fourth-generation air-to-air missiles including the short-range PL-10 and the beyond-visual-range PL-15.

The J-10C, a 4.5-generation medium-sized fighter jet, is more powerful than the JF-17, currently being used by the PAF.

Though J-10 is not a stealth aircraft, the use of non-reflective composite materials and divert-less supersonic inlets reduces chances of it detection on radar.

The new jet, which is mightier than the US-made F-16, is said to be a counter to Indian purchase’s of France-made Rafale jets.

The J-10C is an air superiority fighter that matches Indian air force’s Beyond Visual Range (BVR) combat capabilities which is fixed in the Rafale aircraft.

In 2016, India signed a deal to buy 36 Rafale fighter jets from France for around $8.7 billion, the country’s first major acquisition of combat planes in two decades and a boost for Prime Minister Narendra Modi’s plan to rebuild an aging fleet.