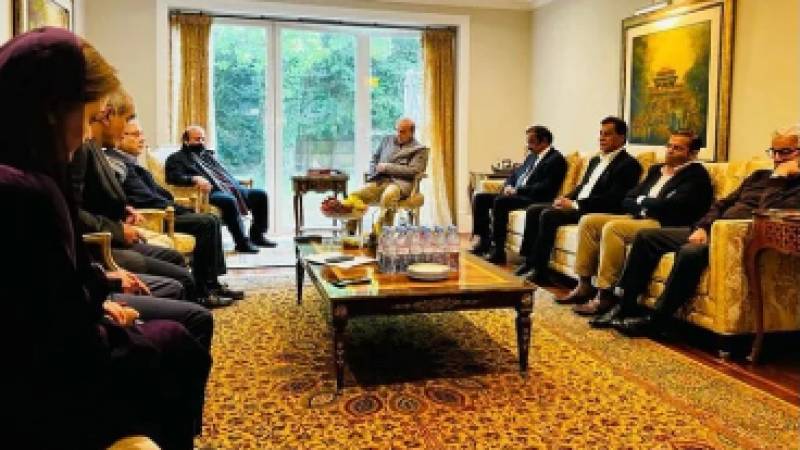 LONDON – The PML-N’s London meeting decided that there will be no early polls in Pakistan.

Prime Minister Shehbaz Sharif and his key cabinet members met PML-N supremo Nawaz Sharif in London where detailed discussions were held on the current economic and political situation in the country.

Nawaz Sharif sought suggestions on early elections and various other matters during the meeting that continued for over six hours at an undisclosed location in London.

The meeting decided that the incumbent government would focus on providing economic relief to the people and take tough economic decisions which would serve in the long term.

The participants agreed on implementing the economic agenda first and then announcing the time of elections after consultation with coalition partners.

Talking to a newspaper after the meeting, Information Minister Marriyum Aurangzeb said that the meeting briefed the party chief on the government’s agenda and planning.

She said that the PML-N and its coalition partners had inherited the worst kind of economic situation from the PTI government and the meeting reviewed the huge suffering of people as a result of the policies of the previous government. She said the meeting deliberated upon the IMF conditions and how the people of Pakistan were affected by them.

The minister said that the final decisions would be made in the second and last sessions, which would take place today (Thursday) and then formal announcements would be made.

The PTI’s UK wing gave the call to protest to condemn PM Shehbaz Sharif’s visit, while PML-N announced holding a counter-demonstration to welcome the prime minister.

Both sides raised slogans in support of their leadership and also abused each other. The protest continued for two hours amid heavy downpours and then ended peacefully.