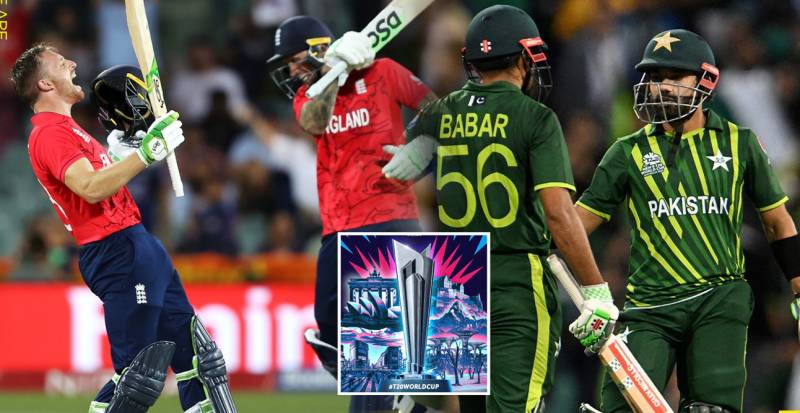 MELBOURNE – Pakistan is set to lock horns with confident England on Sunday in the final of the T20 World Cup 2022 at the Melbourne Cricket ground.

As the buzz is huge around the match, fans are also curious about the prize money for the winners.

With high achievement comes high rewards, and the top cricket authority has announced $1.6 million for the winning squad and the runners-up will get $0.8 million.

The squads that lost the semi-finals, India and New Zealand, will also get $ 0.4 million each.

Umpires Marais Erasmus and Kumar Dharmasena are named for on-field duties for the final showdown. Chris Gaffaney will be the TV umpire for the game and Paul Reiffel will be the fourth umpire.

Final match at risk of being washed out

The International Cricket Council (ICC) has revised the playing conditions for the Pakistan vs England World Cup final game to avoid a washout at the Melbourne Cricket Ground on Sunday (November 13).

As fans are eagerly waiting for final showdown, showers could spoil the final game with a 100 percent chance of rain forecast.

Amid wet weather forecast at the iconic stadium in coastal capital of the southeastern Australia, the game’s governing body announced additional time to complete the match on the reserve day if rain disrupts the high-octane clash.

In a statement, the top cricket body said: “The Event Technical Committee (ETC) has increased the provision of additional playing time on the reserve day to four hours from the original provision of two hours in case more time is required to complete the match and get a result”.

It was reported that extra covers will be used amid predicted thunderstorm. The mega event has already seen much of rain as several matches were washed out.

For the final showdown, organisers first priority will be to go for a shortened game if required, and in this case overs will be slashed before the reserve day is activated.

ADELAIDE – Pakistan pulled off a shock win over Bangladesh and their semi-final berth has been confirmed after ...

In another scenario, if the final can't be completed on Sunday then it will resume on the reserve day. Furthermore, if there is not enough time over the two days to achieve the minimum overs, in that case, the trophy would be shared.

Some of the finest cricket avenues were badly hit by showers during this tournament. Earlier, in the much sought, Pakistan vs India game, the forecast was also poor but later cleared to allow a full game.

ADELAIDE – England have knocked India out of the T20 World Cup after a clinical win in the second Semi-Final of ...