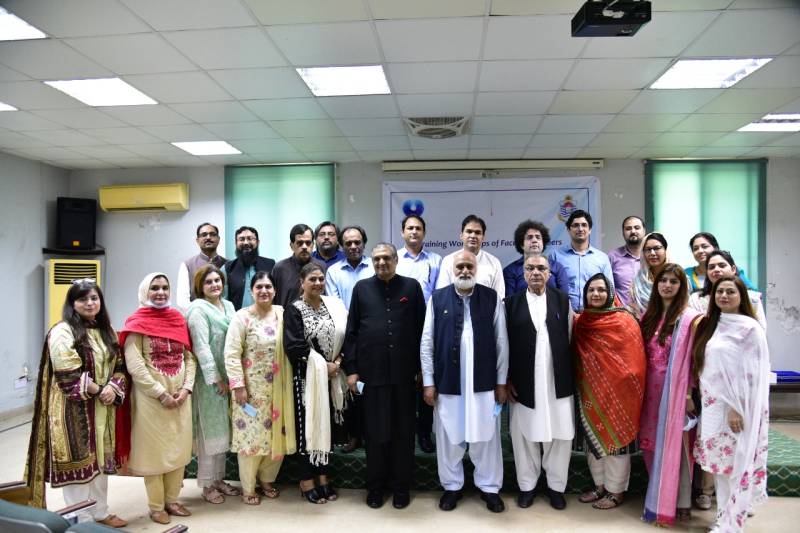 The Department of Digital Media in collaboration with Media Foundation 360 and Department of Development Communication has successfully conducted a two-day Faculty Training Workshop to promote Peace and Harmony and Countering Violent Extremism in the society under the project "Every Step Counts".

Speakers stressed upon the need to counter violent extremism through promotion of peace, harmony, inclusion and tolerance in society at all levels.

Prof Niaz Ahmad, in his address, said that this was the prime responsibility of the universities to arrange such dialogues where ideas could be exchanged for promotion of peace and harmony in the society. He said that there was a need to promote positive sentiments among the public through promotion of a culture of tolerance. He said, “We must not react aggressively to the point of view of others.”

Senior analyst and journalist Mujeeb ur Rehman Shami said, “Solution to violent extremism and intolerance lies in the Constitution that gives equal rights to Pakistan’s citizens.”

He added that differences of opinion must be accepted with an open heart.

“One must have his or her own views and beliefs but should not impose them on others,” Mr Shami further said, adding that there is no space for extremism in the country. 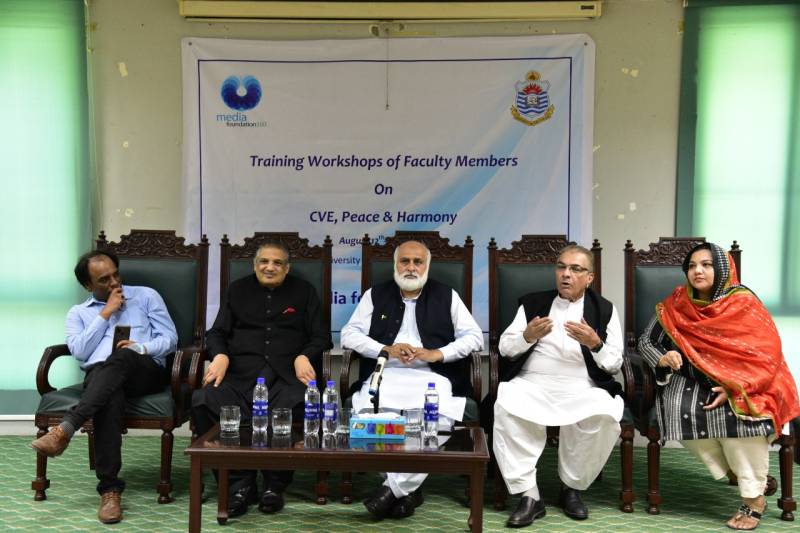 The constitution is supreme while the state and society have rejected the extremist ideologies, he concluded.

Senior journalist and anchorperson Sohail Warraich said, “We need to be clear on our narratives. Pakistan’s peace narrative was given by Quaid e Azam and before him Sir Syed Ahmad Khan promoted the vision of tolerance among Muslims.”

He said that Islamic Constitution of 1973 was the best constitution and it was very close to the vision of Jinnah. He said that Jinnah and Fatima believed in women empowerment.

Columnist and analyst Wajahat Masood said, “Teachers can play the most important role for deradicalization in the society.” He said that promoting a culture of dialogue can discourage violent extremist elements.

Tahir Malik said that extremist attitudes had damaged our culture and where a culture dies, extremism makes its place  He said that our culture was very rich which needed to be revived for the welfare of society.

Mubasher Bukhari highlighted the causes and effects of violent extremism in Pakistan.

Later, souvenirs were distributed among the guests and participants