PM Shehbaz renews his offer of a charter of economy 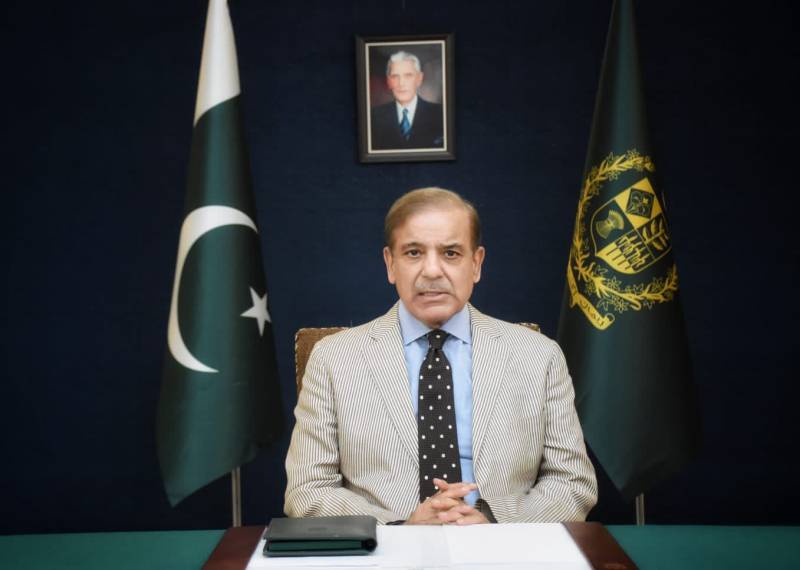 ISLAMABAD – Prime Minister Shehbaz Sharif on Saturday renewed his offer of a charter of economy.

Addressing the nation on the eve of August 14, Pakistan's Independence Day, Sharif said, "It is the need of time that we as a nation continue our course in the right direction and don't allow national interest to be sacrificed at the altar of personal ego and stubbornness."

Sharif said the government had committed itself to taking the country on the path of economic independence, adding that a "conception of freedom" without the former was impossible.

He credited the government's economic policies, such as clamping down on unnecessary imports, for the rupee's continuous appreciation against the US dollar.

"By adopting austerity, we will depend on our own resources like self-independent nations."

Sharif said the government had "worked hard day and night" to take the country out of the current economic crisis in a short time, because of which the country was saved from financial default.

The PM blamed the PTI government's economic policies and decisions for much of the country's woes, adding that it left the country's biggest trade deficit in history for which loans had to be taken from allied nations and international financial institutions.

A link to the prime minister's speech is copied below.

Earlier, the information minister shared no details about the address but said the address is expected to be in connection with the 76th Independence Day.

Some media reports suggested that the premier was likely to release a re-recorded version of the national anthem, however, no official commented on the matter.

Earlier, PM commended the team behind the re-creation of the anthem including the information ministry, steering committee and Intern Services Public Relations (ISPR).