In a first, visually-impaired students allowed to sit board exams without writers 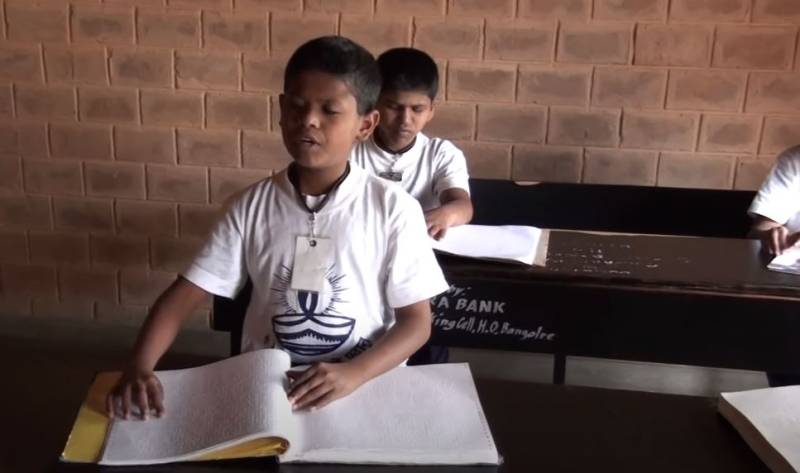 KARACHI – Finding writers for the visually-impaired students appearing in board exams was a problem, which has been solved by the Board of Intermediate Education Karachi (BIEK).

For the first time in history of the South Asian nation, BIEK has announced taking exams of the visually-impaired students using the braille system.

The Karachi board rolled out a pilot project under which braille was used for papers of major subjects. It was first used during Covid induced restrictions.

Board official told a local media outlet that students will be allowed to get 30 extra minutes to finish the paper. Schools requested extra time as students need more time for typing.

Before the much-needed step, students with extra needs would hire people to write down answers. Students used to pay thousand for the important task.

Hired people also made mistakes that affected the grades of the special students, Board official said.

This year exams will start on June 18 and will be held at the IDA Rieu School for the Deaf and Blind in seaside metropolis Karachi.

PESHAWAR – In a bid to make things easier for the visually impaired community, the 17-year-old Wasiullah invented ...

The school for children with different disabilities is said to be the among several educational institutions run by the Ida Rieu Welfare Association. Around three decades after their establishment, they have emerged as leading institutions for people with disabilities.