Have a look at Adidas' Game of Thrones inspired shoe line 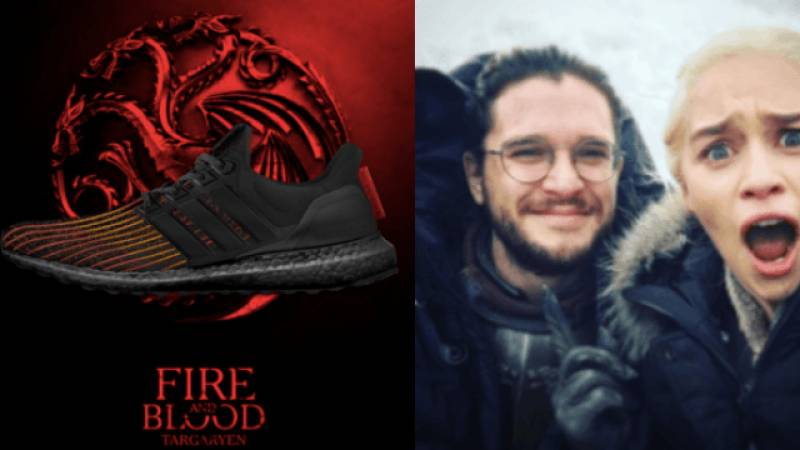 NEW YORK - The world-wide famous HBO show Game of Thrones is going to end soon and fans are already getting sad about it. But there is good news for the television series fans as  GoT has inspired the popular shoe brand Adidas to launch a limited edition of the running shoes.

The shoes are being designed keeping in mind the images of the iconic houses and characters. There will be six different types of shoes called Ultraboost. Each shoe is designed to represent the characteristics, colors, and details of the characters in the series.

The official trailer for season 8 of epic fantasy series Game of Thrones was released and fans cannot keep calm! After ...

Staying true to their emphasis on design, the shoes will include the house’s sigil on the tongue of the shoe and the motto on the heel tag, with the house motifs on the shoes created in different colors. The shoes will be available in India from March 22 but only at select stores.

Alberto Uncini Manganelli, the General Manager of Adidas Running, in an interview, said that "Collaborations with franchises like Game Of Thrones are an inspiration and a part of their DNA, to help them move beyond the primary platform and into pop culture."

Also the Vice President of Licensing and Retail, HBO, in the same interview said that the shoe line will resonate with athletes, fashionistas, and fans.

Ever since Game Of Thrones aired in 2011, it has become quite popular among many people around the world. The American fantasy drama is an adaptation David Benioff and D. B. Weiss of George RR Martin’s series of novels with the name A Song of Ice and Fire.

GoT was filmed in Iceland, Scotland, and Spain among other countries, the television series is set in two imaginary continents called Westeros and Essos.

LOS ANGELES - Popular and worldwide watched drama of HBO 'Game of Thrones' will be debuting its eighth and final season ...

So, will you be buying the GoT inspired shoes by Adidas? Share your thoughts with us in the comments box below.