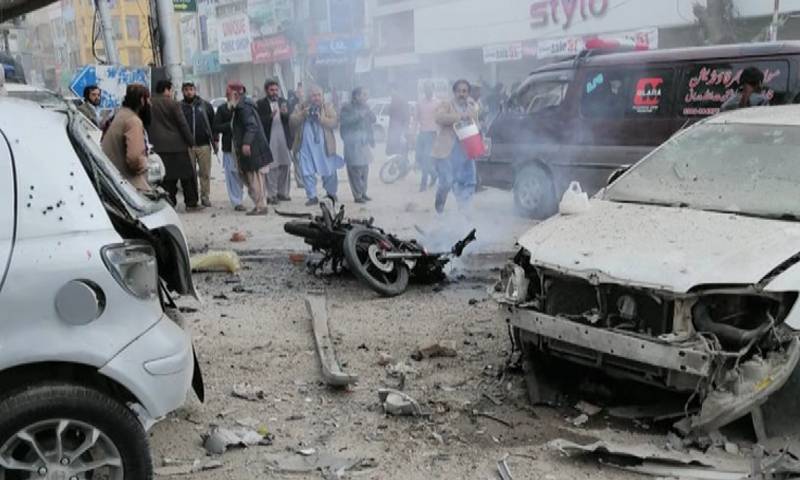 QUETTA – At least six people including two personnel of the Eagle Squad were injured after an improvised explosive device went off in the Nawa Killi area of the provincial capital on Saturday.

Reports in local media said a bomb planted on a two-wheeler injured at least six including three women and a minor girl. Law enforcer said the bomb was planted in a motorcycle parked on the roadside.

Rescue officials rushed to the targeted area and moved the wounded persons. Reports quoting police officials said the terrorists were trying to target a police mobile.

Contingents of the security forces later cordoned the site while the Bomb Disposal Squad started investigating the nature of the blast. It was initially learned that around four kilograms of explosives were used in the explosion.

In a recent wave of terrorism, two police officials martyred in a remote-controlled bomb blast in Bajaur district earlier today. The martyred cops have been identified as Havaldar Hayat and Sipahi Siraj.