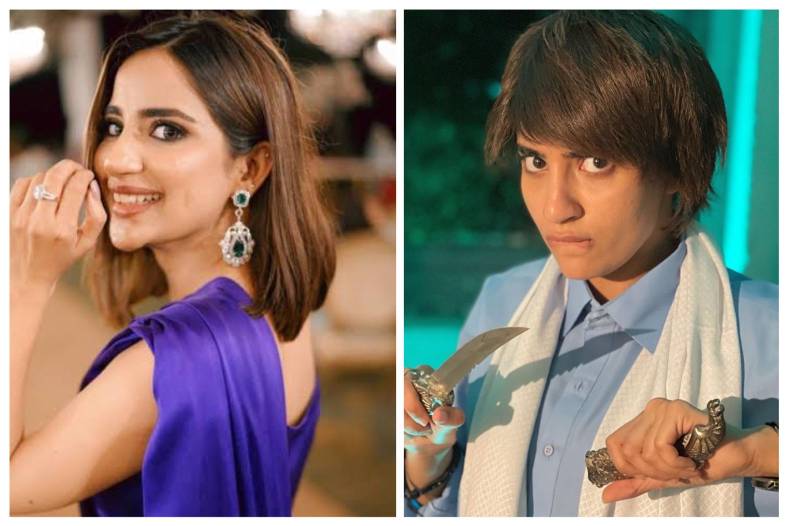 Saboor Aly has proved that she is an enthusiastic performer who continues to make waves in showbiz with her versatile performances.

The NaqabZan star has managed to garner ample praise for herself in a short span of time and her role as ‘Bubbly Badmash’ in the highly praised drama serial ‘Parizaad’ has left the audience heaping praise on her performance.

Apart from the spectacular portrayal, the major transformation, in particular, has left the audience shocked. Saboor is quite a fashionista who makes stunning wardrobe choices.

However, her character, 'Bubbly' is a tomboy and the complete opposite of her persona. She posted some portraits of herself posing with an angry expression whilst holding a dagger on Instagram.

"Those who were asking me where did Bubbly run away?? Here is your answer. The role felt like a risk at first, but I really enjoyed it and hope you all did too!" she wrote.

Donning a men-style kurta along with a white scarf, Saboor perfectly carries the short hairdo and leaves her fans gushing with her latest avatar.

Her aura as Bubbly is undoubtedly mind-blowing and her performance is definitely creating a frenzy on the internet.

On the work front, Saboor has been praised for her performance in the drama serial Amanat co-starring Urwa Hocane, Imran Abbas and Haroon Shahid.

Pakistani star Ahmed Ali Akbar has proved to be a torchbearer for the future artist who aspires to be in the world of ...