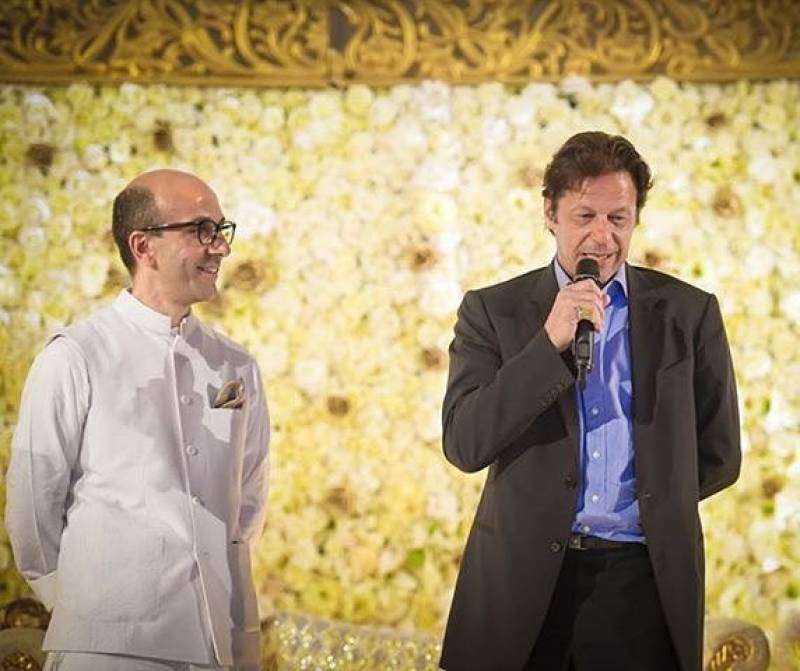 ISLAMABAD - British-Pakistani businessman Aneel Musarrat will be advising Prime Minister Imran Khan on his project of providing five million homes to the public, it emerged on Wednesday.

Days after Musarrat came under fire for having participated in official meetings, the entrepreneur confirmed he will provide advice to the premier despite not taking up any formal role in the federal cabinet.

In an interview to a private channel, Musarrat confirmed that neither he would take any official position in the government nor does he have any plans to do business in Pakistan to avoid conflict of interest.

LONDON - Aneel Musarrat, the London-based tycoon, and a close friend of Pakistan's PM-in-waiting, Imran Khan, was ...

"Alhamdullilah, I am doing profitable businesses in the United Kingdom and Europe. I am interested in Pakistan only because its country of my origin and I want to give something back, not get anything," Musarrat said in a conversation with Geo News.

The 48-year-old explained that housing has to be for the poor people who have no chance otherwise of moving up the property ladder.

"My aim is to bring 10,000 new property developers into the market and take control away from a few people who decide everything about housing to benefit themselves,” he said.

The Britisher asserted that he was using his company’s housing development experts to advise Pakistani government with an objective to alleviate poverty and help Pakistan to recover economically.

"At least 10,000 new developers will enter the market to build 50 million homes,” Musarrat said, adding that Imran Khan wanted him to become part of the task force formed in this regard.

While sharing his plan, he noted that radical changes were needed for this plan to go ahead and for rebooting the housing sector.

‘I have proposed that if our plan is implemented, then six million jobs will be created for five million homes. Mortgages will be available to the customers that will enable the lower-middle and middle classes to afford new homes on easy payments through one window operation,’ highlighted the tycoon.

Aneel Musarrat expressed that buyers will be able to get mortgages like in Europe and banks will provide loans. He, however, added that he had informed Imran Khan about the changes needed in the banking laws to which he has agreed.

Musarrat also unveiled that he had acquired properties in Lahore and Mianwali and would build hospitals for free maternal care.

“I will be funding these hospitals through my charitable foundation based in the UK.”

Even before Imran Khan swept to power, Aneel has been accompanying the PTI chief; Imran Khan also headed to London to attend the nuptial ceremony of Musarrat's sister and daughter.

Musarrat also attended a meeting under the chair of premier Imran Khan on the formulation of a roadmap for the construction of five million houses across the country.

He had also attended the rallies of PTI in the years preceding 2018 and had frequently dashed to Pakistan along with Sahibzada Amir Jahangir who is the head of PTI UK & Europe chapter.