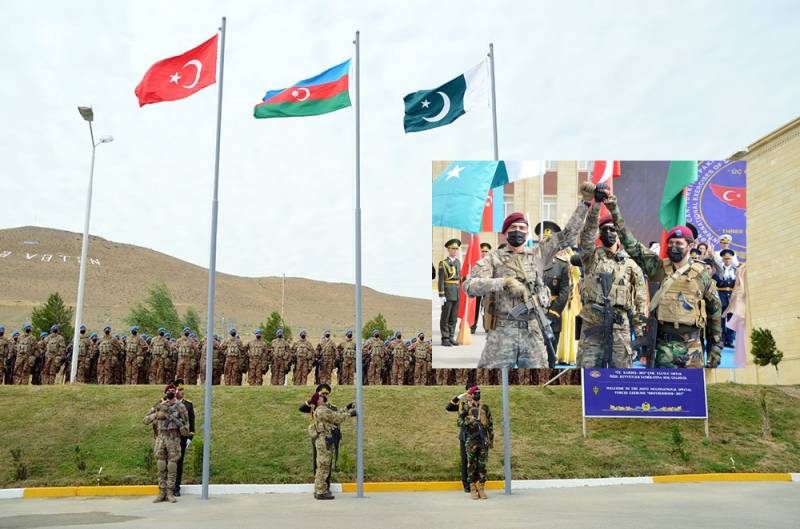 ISLAMABAD/BAKU – The opening ceremony of tri-nation military drills “Brotherhood” being hosted by Azerbaijan was held at Baku on Sunday, the military’s media wing said.

According to a statement issued by the Inter-Services Public Relations (ISPR), the exercise will be conducted in the counter-terrorism domain from September 11 to 22, 2021. Special Forces from Pakistan, Azerbaijan, and Turkey are participating in the subject exercise, it added.

The national anthems of three countries were played while their flags raised, a minute of silence was also observed to commemorate the martyrs.

Pakistani and Turkish delegations heads, Lt. Col. Aamir Shahzad and Lt. Col. Kursat Konuk said the existing bond of friendship between the nations and armies would stand the test of time in a rapidly changing global environment.

A statement issued by Azerbaijan’s defense ministry cited “This is the first such drills among the three brotherly countries. The goal of the exercise is to improve cooperation among the special forces and to share knowledge and experience”.

Pakistan and Turkey historically have enjoyed close cooperation but the recent regional developments further cement the relationship between the two sides.