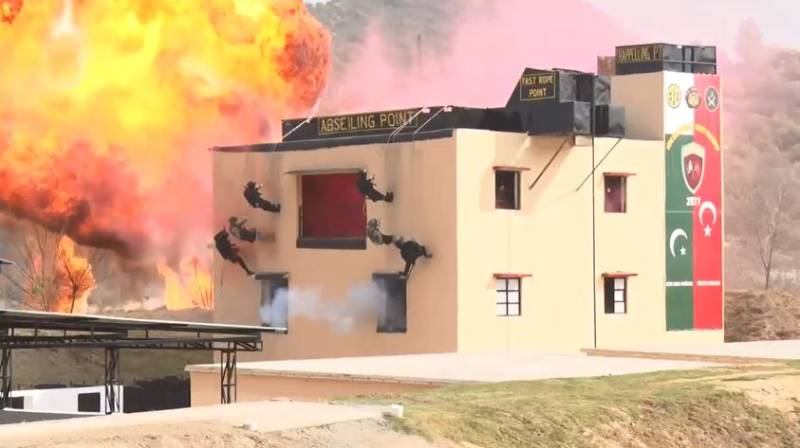 Freefall by paratroopers and martial arts were also practiced during the training.

The joint military drills aim to further strengthen the bond of two brotherly nations and will help in adapting the emerging trends in military modernization and cooperation.

Pakistan and Turkey have sought to expand cooperation to fight terrorism. Both countries are also members of the Organization of Islamic Cooperation (OIC).