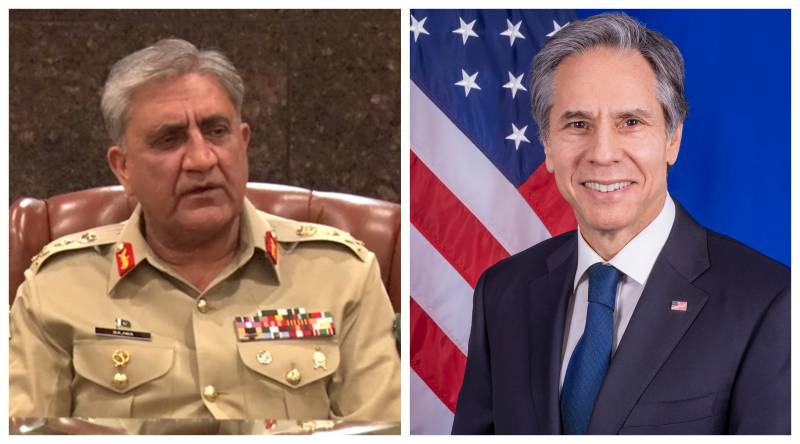 During the conversation matters of mutual interest, regional security situation including latest developments in Afghan Peace Process and bilateral cooperation in various fields were discussed, the ISPR said in a statement

COAS said that Pakistan will always support “Afghan led-Afghan Owned” Peace Process based on mutual consensus of all stakeholders.

The US dignitary also acknowledged Pakistan’s continuous efforts for peace and stability in the region and pledged to further enhance bilateral relations between both countries.

Earlier it emerged that US President Joe Biden will announce the withdrawal all US combat troops from Afghanistan by September 11, effectively ending the war two decades after it began.

According to US officials, Biden has reached the conclusion that the United States will complete its drawdown before September 11 this year as thousands of American and allied troops have died in fighting in Afghanistan.

US Secretary of State Antony Blinken and US Defense Secretary Gen. Lloyd Austin will brief the decision to NATO allies in Brussels today.

The decision would miss a May 1 deadline for withdrawal agreed with Taliban insurgents by the former President Donald Trump’s administration.

The US officials said that the withdrawal would begin in May and that the delay was largely logistic, with troops possibly out of Afghanistan well before September 11.

Last month, the Taliban group also threatened to resume warfare against foreign troops in Afghanistan if they did not meet the deadline to leave the Afghan land. Meanwhile, US officials also warned the Taliban of a forceful counterstrike if they attack US troops on the way out.

A report published Tuesday by the director of national intelligence depicted that the Taliban is confident in achieving military victory.

Afghan forces continue to secure major cities and other government strongholds, but they remain tied down in defensive missions and have struggled to hold recaptured territory or reestablish a presence in areas abandoned in 2020,” it said.

Afghan civilians, wary of the Taliban’s return to power, have long paid a disproportionate price in the decades of bloody fighting.