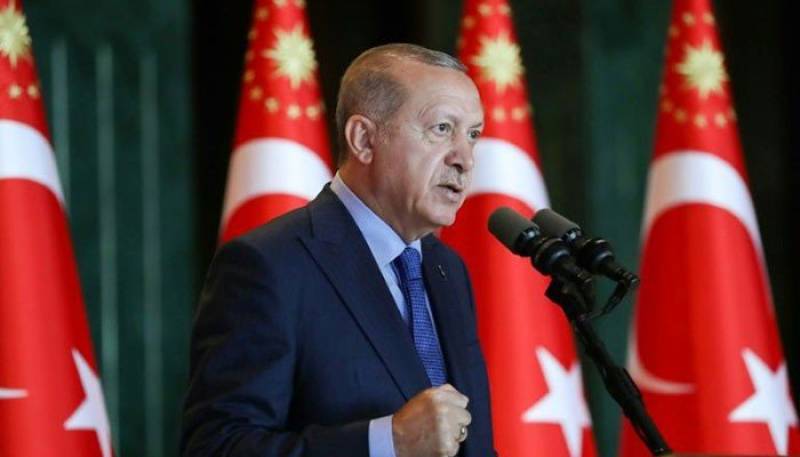 ISTANBUL – Turkey on Friday said that they could cut off its diplomatic relations with the United Arab Emirates after the Gulf state struck a peace deal with Israel.

President Recep Tayyip Erdogan said, "I gave an order to the foreign minister. I said we could suspend diplomatic relations with the Abu Dhabi administration or withdraw our ambassador," Erdogan told reporters.

In the deal announced on Thursday by the US, Israel pledged to suspend its planned annexation of Palestinian lands in exchange for a normalisation of ties with the UAE.

The Palestinian Authority on Thursday announced the "immediate" recall of its ambassador to the UAE in protest at the deal.

Erdogan is a strong advocate of Palestinian rights who has frequently criticised Israeli policies in the West Bank.

Earlier this year he criticised Washington's Middle East peace plan for the Israeli-Palestinian conflict as "treason".

"Turkey will continue to stand by the Palestinian people."

The Turkish foreign ministry earlier described the UAE-Israel deal as a hypocritical betrayal of the Palestinian cause.

Ties between the UAE and Turkey have been strained for a long time, and have especially deteriorated over the conflict in Libya where the two countries support opposing sides.