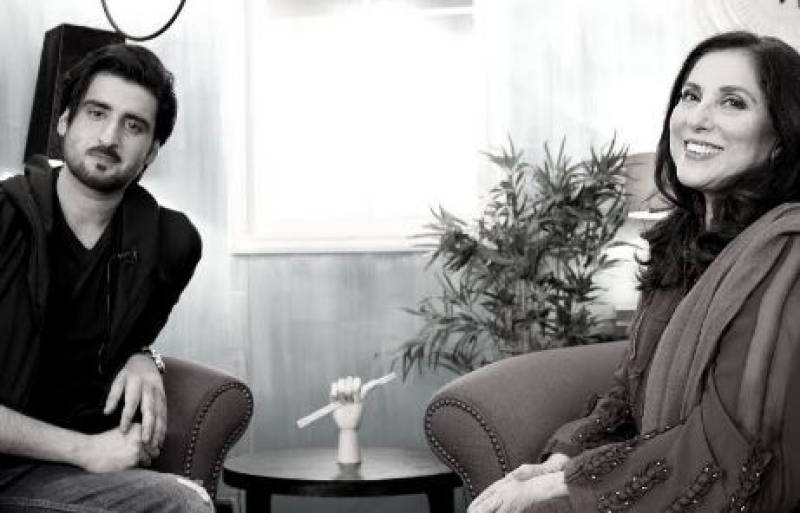 LAHORE - Agha Ali, who has been a part of many super hit dramas of Pakistan which include Rukshar, Sheher e Yaara and Mere Meherban, was recently invited for a heart-to-heart talk with legendary star Samina Jee for her web show 'Talk your heart with Samina Peerzada'.

The Satrangi actor shared his life experiences candidly with the host and also expressed his never-ending love for his late father Agha Sikander. Sikander was an acclaimed TV star in the 80s and was known for his villain roles in the dramas.

Agha Ali was very young when his father left them and he shared that he always tries to be like his father and his dad is the ultimate role model for him. Agha expressed his innermost desire of being called a reflection of late Sikandar Saab in terms of acting, persona, and personality.

Ali's eldest brother Ali Sikander is also a well-known name in Pakistani showbiz industry and both the brothers share a friendly bond outside the home also.

He shared how he had been shuffling to different homes during his career building time, and what it was like to be raised by a single mother.

Agha also opened up about fighting with a terrible infection which he got while staying in a basement during his initial days in the drama industry.

He had moved to Karachi for getting a chance in acting while having only 575 PKR in his pocket. He lived a hard life without no earning for almost six months but he didn't lose hope and kept struggling.

It was the year 2005, when he got a boom in an acting career with Yaad Piya Ki Aaye as Sameer, and then Satrangi (2008). Satrangi happened to be a hit in the beginning but lost its charm in the later episodes. He took a sabbatical for good three years and then later came back in action.

What are your thoughts on this story? Share with us.