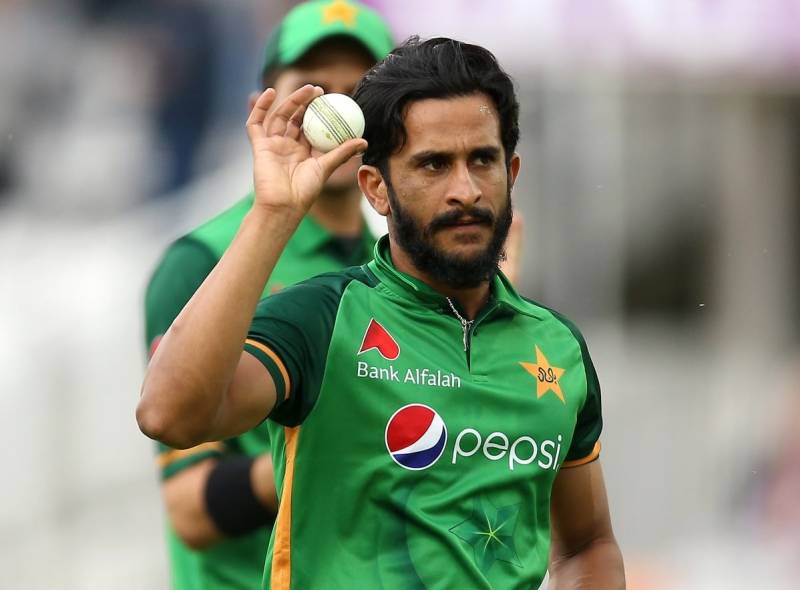 ISLAMABAD – Islamabad United paceman Hasan Ali got involved in a heated argument with a correspondent of a local news outlet at a presser after the Pakistan Super League (PSL) draft ceremony in Lahore.

Hasan was reportedly upset with a reporter, Anas Saeed, in wake of the latter’s controversial tweets about the Pakistani player in the past. The duo was involved in a heated Twitter exchange earlier when Saeed pointed a clip of Hasan, where the latter shot a clip ‘violating Covid protocols’.

During the Sunday presser, the reporter asked Hasan about rumors claiming that he mulled options to leave Islamabad United ahead of the upcoming season of the country’s flagship cricket league however the star player was in no mood to answer the specific person.

What happened to Hassan Ali?! What did @anussaeed1 say to him on Twitter? pic.twitter.com/C6vCFGINv0

Irked with journalist past tweets, the right-arm pacer responded “Next question please, I won’t answer to your question”. He then interrupted the media correspondent, asserting others to ask their questions, leaving the Saeed displeased.

“First you write good things on Twitter, and then I’ll give answers. Ok? You shouldn’t be personal with anyone”, the star pacer said.

Soon after the spat between the two, United officials intervened to lower the tension in the room.

Hasan Ali was retained by Islamabad United under the platinum category in light of the 27-year-old’s brilliant campaign in the previous edition and would look to repeat the same in the upcoming season.

LAHORE – Pakistani pacer Hassan Ali’s wife has rubbished the rumors of getting threats after her husband ...

Earlier, Pakistani bowler garnered a lot of hate after he dropped a crucial catch in the semi-final match against Australia in the T20 World Cup.